Just over a week ago, Ali Kershner, Stanford University’s sports and performance coach of Women’s Basketball, posted an image comparing the men’s and women’s weight training facilities at the NCAA Tournament. While the men had a variety of benches, squat racks, plates, dumbbells, barbells and more, the women only had access to a few yoga mats and a single dumbbell rack with no weights over 30 lbs. 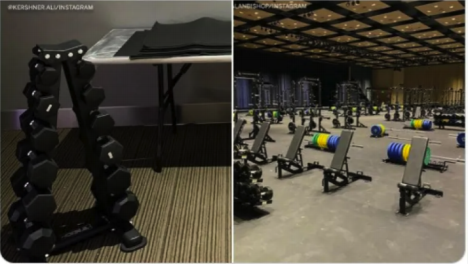 Very quickly, complaints and criticism of the NCAA dominated social media. Several high profile athletes shared their thoughts on the situation, such as Steph Curry who took to twitter to say “wow-come on now! @marchmadness @NCAA y’all trippin trippin.” As the movement spread more images of the difference in amenities between men and women were revealed. Photos of their differing food and merchandise also came out, both of which emphasized the existing situation (refer below for those images). In order to understand why things like this are still happening, let’s examine the difference between the men’s and women’s tournament. 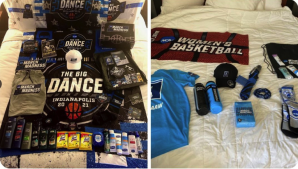 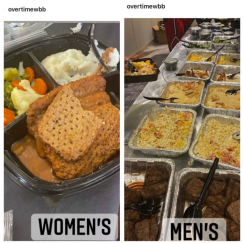 Here are some of the important financial metrics related to the tournament for both the men and women. As you can see, the data represents this year’s tournament along with the most recent pre-covid tournament in 2019.

The NCAA does not run professional sports leagues, they are collegiate leagues. The purpose of college athletics is to develop athletes of all kinds and provide them with an education. Obviously money is important to the organization and helps it carry out its business, but it isn’t central to its operations. If money was the driving force behind the organization it wouldn’t host the 85/90 championships that aren’t profitable. In regard to the amenities specifically, the NCAA makes more than enough money on the men’s tournament that it can afford to spend an extra hundred thousand dollars on the women’s accommodations. In the example of the weight training facilities, maybe you don’t need to give the women a massive warehouse packed with gym equipment like the men, because at the end of the day the men’s tournament is vital to the livelihood of the organization, but they should at least be given a lot more than a couple yoga mats and dumbells. Therefore, despite the fact that the men’s and women’s tournaments have distinct financial differences, they should be granted similar amenities because they are organized under the same umbrella and the purpose of college athletics is not to maximize profits but instead to develop athletes and provide them with a quality education.

The NCAA has since upgraded the women’s weight training facilities, provided more transparency regarding the financial aspects of their tournament and opened an

independent gender-equity review into its practices. All of these are steps in the right direction towards equality in sports and hopefully mistakes like this won’t happen again.