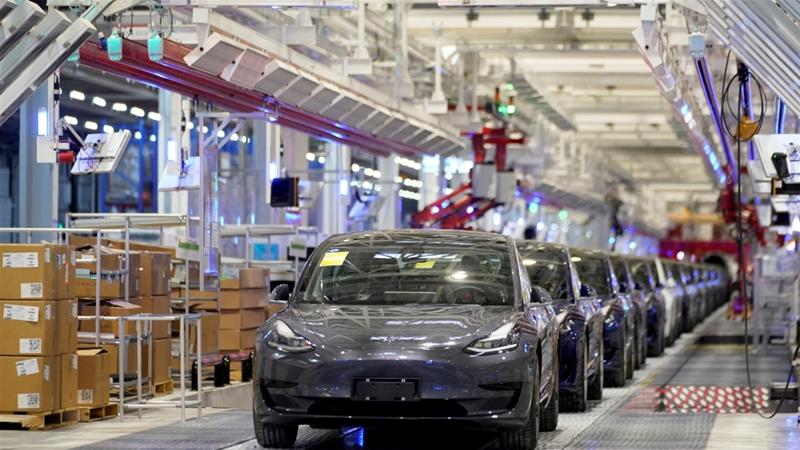 Back in June of 2020, the stock price of the electric vehicle (EV) manufacturer, Tesla, reached $1000, imputing a market value of over $185 billion. This was a significant milestone as it made Tesla the most valuable automaker in the world. Not only did it surpass Toyota, the previous titleholder, but it also exceeded the combined values of many automaking giants, including Ford, General Motors, and Fiat Chrysler. Last week, Tesla’s stock price reached $2000, making the company worth approximately $388 billion. This value is more than Toyota and Volkswagen (the second-largest automaker in the world) combined.

Given this extraordinary valuation, one would expect an equally extraordinary performance. However, Tesla sold approximately twenty-five times fewer cars than Toyota last year. Furthermore, in terms of the U.S. automobile market share, Tesla represents a mere 1.3% percent of the market, while competitors like General Motors, Ford, and Toyota each represent around 15%.

This has lead to many investors wondering if the current market capitalization reflects the intrinsic value (and growth potential) of the company, or if the stock rally is just the result of bullish investors feeling too optimistic.

In 1Q20, Tesla reported selling roughly 88,400 cars which beat analysts’ expectations of around 79,900. This was highly impressive, considering that it had to shut down its primary factory in California and its new gigafactory in Shanghai for weeks amid the COVID-19 pandemic. Tesla CFO, Zachary Kirkhorn, also remains confident that the company can “comfortably exceed” its sales goal of half a million EVs worldwide in 2020.

Tesla’s global expansion has also been successful so far. According to Tesla’s 1Q20 update, it expects the Shanghai gigafactory to produce approximately 4,000 Model 3 cars per week and will soon begin Model Y production there as well. One advantage of the new model Y is that it shares roughly 75% of its parts with the Model 3. By using the same parts and production lines for both of these vehicles, Tesla can reduce production costs and increase profit margins. The construction of the Berlin-Brandenburg gigafactory is making good progress in preparation for the Model Y production that is expected to begin soon as 2021. Speaking of German manufacturing, Tesla has become a serious competitor of German automakers BMW, Mercedes-Benz, and Audi. According to an article by Forbes, in 2Q19 in America, the Model 3 outsold BMW, Audi, and Mercedes in terms of small to midsized vehicles.

Despite these promising advancements, there are some red flags about the business and current market capitalization that analysts say could lead to the stock plummeting.

First, let us look at Tesla’s 2020 second-quarter (most recent) financials. Tesla’s 2Q20 net income of $104 million marked its fourth consecutive profitable quarter. Both Wall Street and main street investors were pleasantly surprised that Tesla had a profitable quarter, especially considering the current state of the economy. This was a catalyst contributing to the surge in the value of the stock between June and now.

After taking a closer look at the details, however, it becomes clear that the company heavily relied on non-operating activities to reach a profitable quarter. It sold large portions of its regulatory credits to competitors in the market. Governments give these regulatory credits to companies that stay below a certain threshold in emitted pollutants from their cars. The purpose of this initiative is to reduce overall car emissions by incentivizing companies to build and sell more environmentally-friendly vehicles. Tesla, being an all EV company, has received large amounts of these credits and can sell them for hefty sums. In Q2 of 2020 alone, Tesla sold approximately $428 million worth of credits, conveniently compensating for the net loss of its main operation: selling electric cars. If the profit generated by credit sales is subtracted from net income in the last three quarters, Tesla would not have been profitable in any of these quarters. As more and more incumbents move into the EV industry, they will receive more credits themselves. As a result, Tesla will not be able to rely on profit generated from credit sales in the future. Not only are these financials somewhat misleading, but they also show that Tesla currently cannot sustainably turn a profit with its core business.

Although Tesla is the industry leader in EVs at the moment, the competition will soon become a serious problem. Market incumbents are moving into the EV industry with increasing investments in research and development. While Tesla has been decreasing its research and development investments over recent years, competitors have been steadily increasing their investments in the industry. According to its website, Volkswagen will spend $39 billion over the next four years and aims to produce 1.5 million EVs in 2025. According to CNBC, General Motors expects to spend $20 billion by 2025 on developing and producing EVs and autonomous vehicles. Ford also announced that they will be investing $11 billion EV and plans to have 40 new EVs and hybrid EVs in development. According to CNET, Toyota plans to have half of its global sales coming from EVs and hybrid EVs. According to an AlixPartners report, the global investment in electrification from 2019 to 2024 will be about $225 billion. This will most certainly disrupt Tesla’s current dominance over the EV industry.

Regardless of whether the stock continues its unprecedented rally or not, there is no doubt that Tesla’s innovative technology and its ambitious leader will remain in the spotlight for years to come.