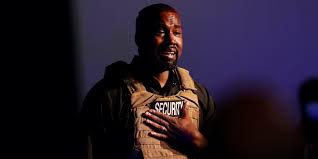 On the 4th of July, after hinting at the idea for years, the American rapper Kanye West announced that he would be running for President of the United States, ironically on the current President’s favourite social media platform. He got immediate support from his wife Kim Kardashian West and Elon Musk, Tesla’s CEO. Even though Kanye took to Twitter to declare his candidacy and received some support, he still needed to file all the paperwork to appear on the November presidential ballot; many states’ deadlines for these have passed and therefore, the majority of the analysts thought this was just another publicity stunt, just another act for clout.

But it apparently wasn’t.

He handed in his paperwork to appear on the Oklahoma ballot and will appear on it in November. Kanye then launched his campaign for the US presidential election in Charleston, South Carolina, on July 19th, urging the audience in South Carolina to sign the petition for him to appear on the ballot, for which he needs 10,000 signatures. At the “rally,” he shared the vision he had for the United States in a rather chaotic and controversial manner that garnered immediate attention from the media and members of his close friends and family, many worrying about his well-being–he was previously diagnosed with bipolar disorder but refuses to take medication as it “limits [his] creativity.”

Kanye appeared on stage wearing a bulletproof vest and with the number 2020 shaved into his head. He addressed an audience of a few hundred people without a mic, asking for complete silence before claiming that future events “will be in rooms where the acoustics will be incredible because [he] will be involved with the design.” Throughout his speech, he referenced the terms of his deal with Adidas, his faith in God, and racism in the US, which included a controversial claim that “Harriet Tubman never actually freed the slaves, she just had the slaves go work for other white people.”

Harriet Tubman is considered to be one of the most respected figures of 19th century America. After escaping slavery, she helped enslaved Black men and women travel north for freedom and fought for the Union during the Civil War and later became a supporter of women’s suffrage. It was surely a controversial claim, but that wasn’t the only controversial thing Kanye said–or did–at the event.

He then began to tell a story about what he believed was “divine intervention” into his life in a way that caused Kim Kardashian West to not get an abortion when she was pregnant with their first child, North.

“I was having the rapper’s lifestyle,” he said. “I was sitting up in Paris, and I had my leather pants on … and I had my laptop up and I got all of my creative ideas … And the screen went black and white and God said, ‘if you f– with my vision I’m going to f– with yours.’ And I called my wife and she said, we’re gonna have this baby. I said we’re gonna have this child … So even if my wife were to divorce me after this speech, she brought North into the world when I didn’t want to. She stood up and she protected that child.”

He then proceeded to call up to the stage a pro-choice activist who had been yelling questions to him. He claimed he understood “why someone would make the choice of getting an abortion” and clarified that his position wasn’t that abortion should be banned, but rather that maximum financial assistance should be provided to women who have children, suggesting that “everybody that has a baby gets a million dollars.” He did not say where exactly this money would come from.

Here are some other things that Kanye announced:

“I know this is my first rally, but I did smoke a bit last night, if I’m president, marijuana will be free.”

“Shooting guns are fun.” (He also added that the US could be “enslaved” by China or other countries if they did not have them. He further added that “Israeli women know how to fire a firearm — they are trained how to do it.”)

“The industrial revolution is over with and now it is time to move back again. If you have agriculture as your business, you get tax breaks.”

He then concluded his rally by defending his right to speak uninterrupted and abruptly running off the stage.

So what kind of effect would Kanye have on a national scale against Joe Biden and Donald Trump? A recent poll by Redfield & Wilton Strategies shows him receiving 2% of the vote, out of the 2,000 surveyed, with Biden receiving 48% and Trump receiving 39%. One interesting aspect of this poll, though, is that Kanye seems to have taken the votes from Trump, contrary to popular opinion that he would split votes with Biden.

Respondents were first asked who they would vote for, without mentioning Kanye; Biden led Trump 48% to 40%.

Next, Redfield & Wilton mentioned Kanye, asking, “If Kanye West is on the ballot in your state in the Presidential Election on 3 November 2020, for whom will you vote?” Which showed Biden leading Trump 48% to 39%, and Kanye receiving 2% support. While previously thought that Kanye, if he appeared on the ballot, would split the Black Democratic vote with Biden, this poll revealed that that might not be entirely true. While it must be taken into account that this poll was of preliminary nature with only 2,000 respondents and that there are still four months left until the election, this still indicates the possibility that Kanye might actually impact the 2020 election.

In all, in the wise words of Kanye himself, his rather populist ‘election campaign’ plan seems to reflect on these lyrics:

“I don’t even know what that means

No one knows what it means, but it’s provocative

Gets the people going”

Even at the time of writing, Kanye is not only sending mixed signals about his electoral commitment but also more controversial tweets, recently tweeting “Ima focus on the music now” and also that he wanted to divorce his wife, Kim Kardashian. Regardless of his commitment to candidacy, it is certain that both Kanye and the US political system are going through complex times.