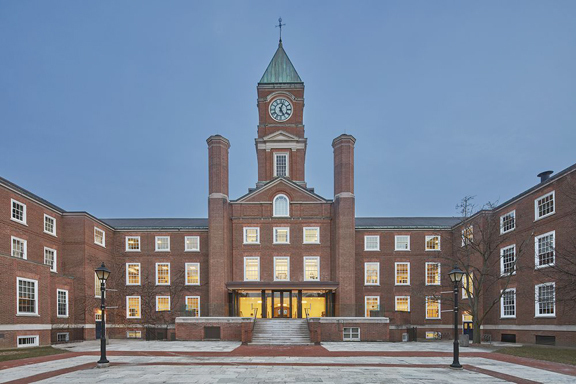 Last spring, I interviewed our new Head Steward, Uche Ochuba, on his plans for the 2019-2020 school year. From his answers, I was confident that he would be able to lead the Board of Stewards to create change at UCC. Well, I think it is fair to say that this year so far has been nothing short of changes. Here is a summary of the different initiatives by the Board of Stewards and my opinion on each. I hope this article not only informs you of some of the work the Board has done, but also provide you with one point of view of how beneficial these changes have been.

Improving the dietary options at UCC has been one of the most heavily-discussed topics in stewards elections over the past few years. While we do not yet have a Freshii in the Upper Dining Hall, nor a Subway-style sandwich bar, as was alluded to occasionally during last year’s elections, I have noticed a difference in the quality of food recently. The overall taste of the food has improved as illustrated by the trademark maple-glazed salmon that actually tastes like salmon now. Some other menu items such as the Montreal baked chicken have received upgrades in their quality as well. The UD also welcomed a daily selection of deli sandwiches and new menu items such as tortilla chips. Given that food was one of the first tasks on the Board’s agenda, according to a personal conversation with Uche, it is gratifying to see that there has been an improvement on this end. However, what awaits to be seen is how the Board tackles the dreadful lines during the first twenty minutes of lunch on a daily basis.

One of the most noticeable changes as students returned to school this year was the disappearance of blue recycling bins in classrooms that were actually used as garbage bins. Although this change may appear to be counterintuitive at first, as students just discard their regular garbage into the paper recycling bins anyways and in turn prevent the paper from being recycled due to contamination, I think this is a step in the right direction, albeit an imperfect one. This is because, in reality, the garbage in the paper recycling bin, whether it was paper or an apple core, was never going to be recycled anyways. I don’t think anything will prevent students from throwing garbage in there. However, the marginal difference is the handful of students who are changing their behaviour by becoming more conscious of the waste they produce (they exist, believe me). This leads to more garbage that is actually discarded into the right bins instead of everything going into the recycling bins in classrooms. So I think this is a decent change, although a small one.

Students were greeted with an academic assessment calendar this year. I think this initiative got off to a shaky start – a lot of students not receiving the calendar until weeks into the year and some students having more than five assessments per week. A lot of students also had lofty expectations for the calendar, that it would greatly reduce their stress and the workload put on their shoulders. However, when it became apparent that the number of assessments were similar to before and the workload remained the same as well, complaints began to surface among the student body. However, I think that the calendar does have benefits. It won’t take away IAs or tests, but it can help you plan ahead. For example, if you can see on the calendar which assessments you have weeks in advance, you can plan your studying a lot better. It also allows your teachers to be aware of your workload, which gives them the ability to support you better when you need it.

The individual stewards have also done lots of work behind the scenes. These initiatives are not large enough to get their own section, but are important nonetheless.

I’m not 100% sure what the official name is called, but Aryan has been holding meetings with the captains of different sports teams on leadership and fostering a competitive yet supportive environment. I think this is an incredible initiative that offers more responsibility and development to athletes that will benefit their teams as a whole. My only concern is that it is not well-known to the general public, which in turn limits the accountability of the captains.

There has been effort put into improving the well-being of students by Ben. Wellbeing Week AND Wellbeing Day were organized. While these are welcomed events, as select students were lucky enough to hang out with puppies, there is still much work left to be done to improve wellbeing. Specifically, there needs to be long-term wellbeing activities, not just one-off weeks or days where students immediately returned to their stressful lives after the event ends.

Overall, I think the Board of Steward’s has been doing tremendous work so far – implementing changes in areas that affect all aspects of student life. A lot of them are improving the experience of UCC students and our impact as a community, some did not meet their expectations but have decent outcomes, and a few can be improved upon during the next few months before the transition of power to the younger grades.