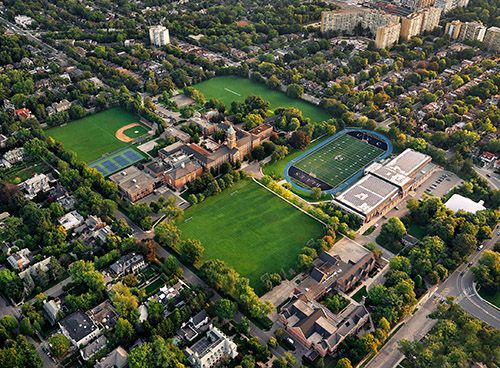 Going into a new academic year and their first year of the IB Diploma program, students in Year 11 were notified of a few academic changes that were designed to reduce stress and make our lives a little easier. The major changes included the elimination of December exams and a centralized schedule where the dates for students’ tests are set in stone to reduce hell weeks. When I first heard about these changes, I was thrilled. The thought of no December exams and fewer hell weeks sounded almost too good to be true. What could go wrong?

We’re a little over a month into the school year and already I have made a few observations and developed a few opinions about these changes. Keep in mind, this does not encompass the opinions of the whole grade and there are still almost nine more months of school.

I think that this change is an improvement for the school in almost every way. Most people don’t enjoy exams and the additional stress that comes with them. And the additional stress that comes with the December exams is in vain.  In your June report cards, December exams are only worth 10% – about the same as any unit test, which means that a much less stressful unit test could replace the exam. In addition to reducing stress, classes won’t have to cram review classes in November and can focus on properly learning each unit.

As Krishna Bambawale points out, “I think I speak on behalf of many when I say that no exams in December is a step in the right direction and will be conducive to better academic results over the course of the year.”

Eliminating these exams also frees up a lot more time in December. Before this year, I would purposely clear my extracurricular schedule so that I could have more time to study for exams. Now, although there are more days of school, I have more time to commit to doing something other than studying.

The only downside I can see with not having December exams are the fact that we have less practice for the IB exams and June exams, and that we don’t get a review of the course material mid-way through the year. But all things considered, the benefits largely outweigh the downfalls and I believe that eliminating the December exams was a  good choice.

The purpose of centralizing the schedule of every summative test was so that teachers could reduce the number of hell weeks by communicating with each other. In theory, this sounds amazing, but from what I have experienced so far, it can be deceiving. Firstly, once a teacher decides a test date, it cannot be changed; however, teachers must decide these test dates well in advance.

On one hand, this means that teachers may realize after setting the date that the class is not on pace to successfully take the test. To give an example, my HL math teacher had assumed that all the concepts we were taking up were reviewed last year and had set the test date. For most of the class, everything, although much more difficult, was review; however, a small fraction of our class had been taught by a different teacher last year and had not yet learned some key concepts. As the test covered three of the five units from the entire HL course, it would be an extremely tough road for the students who not only had to review but also learn new concepts.

On the other hand, teachers may overestimate how much class time is needed for a test and end up moving to the next unit much earlier than expected. In my physics class, the first test was set about a month into the school year, but we finished learning the concepts and were almost ready for the test about four classes in. Of course, we were provided practice for the test, but we moved on to the next unit well in advance.This caused a number of students to have to relearn the concepts before the test while completing homework and labs concerning the subsequent unit.

Although a centralized schedule was supposed to reduce hell weeks or at least make them easier, by underestimating and overestimating test dates, hell weeks remain stressful. However, if test dates were not locked, classes in a similar situation to my math class could push their test back while classes in a similar situation as my physics class could pull their test forward. Overall, I’m not so sure about the new centralized schedule, but once again, we’re only a little over a month into the year and a lot can change.