While the entire cast was able to show off their immense talents for theatre, there were performances in particular that stood out. The first of those was Sarosh Waheed’s interpretation of Hotspur. With every line he delivered, I could feel the pure emotion emanating from his voice. Small, relatively minor details- twitches of the face, movements of the fingers- made Sarosh’s arguments and rants that much more entertaining, and that much more believable.

Another great performance came in the form of Natasha Czegledy’s Worcester. Aside from the same detail-oriented acting that Sarosh maintained throughout the play, the delivery of her lines was spot-on, never failing to make the audience question her place and stance in the confines of the play. For someone who’s new to theatre, she put on one hell of a performance.

It’s no secret that Kumail Nathoo is one of UCC’s most charismatic actors. This is a fact that’s only confirmed with his performance of Falstaff. His dynamic acting and his ability to place comedic emphasis on specific words and lines carried his performance, drawing out audible laughs from the audience which surrounded the stage. Kumail managed to pull off the complex character that Falstaff is. We’re shown both the drunk, carefree Falstaff- but also the caring, critical Falstaff (especially in his “honour” speech).

With that in mind, I found that the performance lacked a bit of chemistry with Sean Manucha’s Prince Hal. Although both actors put on excellent performances, the connection between the two seemed a bit weak. This lead to a lack of gravitas in areas of the play that are most likely meant to be more serious- scenes such as Hal and Falstaff’s role-playing of the King, Hal’s mourning of Falstaff, and the final scene didn’t have the same weight behind them that I feel they were supposed to.

Directional support by Dr.Churchward and Mr.Bauld helped in this area though. The decision to include Lauren Coulson’s vocals as well as the live band made a great addition to Shakespeare’s classic. Those, combined with excellent lighting work by the hand of Nicolas Gonzalez, helped carry the tone of the play where the acting itself was unable to do so. 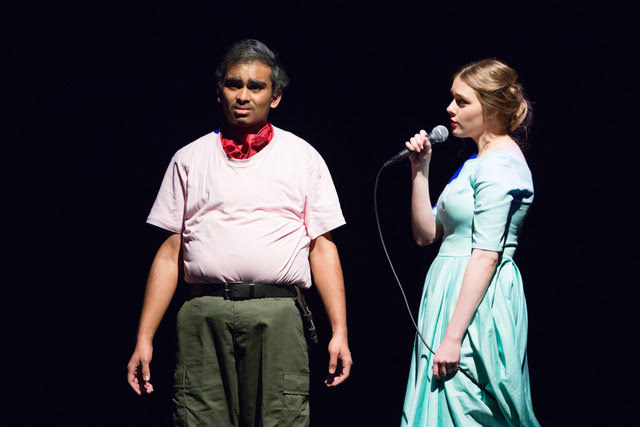 Some scenes went above and beyond in exceeding expectations. The combat, in particular, was fantastic. The clashing of swords kept the audience in the realm of the fight, and the impressive choreography added to the realism of the battle. 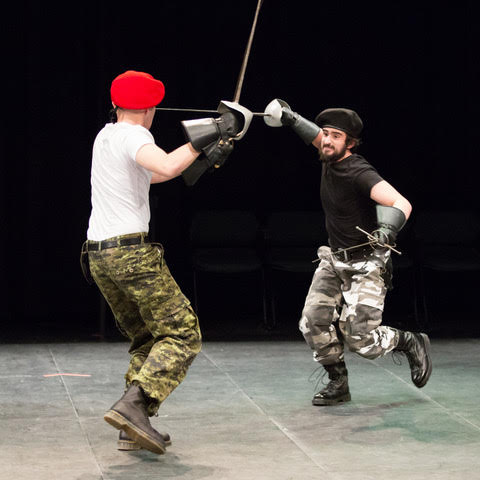 Overall, the performance was great. All around, performances were strong, and even with the tiny, nitpicky things that were lacking, it truly was entertaining and fun to watch. Congratulations to the entire cast for an excellent performance.

Tickets are 20$ and can be bought at the door.