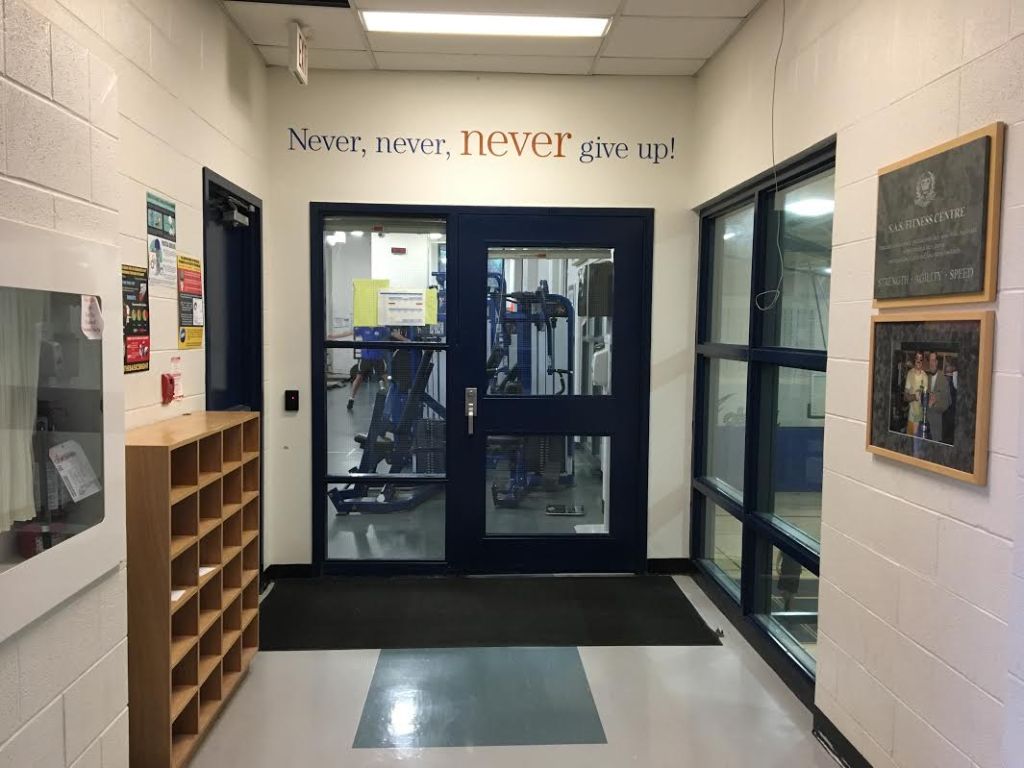 The first thing I felt was the slight humidity. I shuddered, not because of the temperature, though it was slightly chilly, but at the fond memories of Year Ten gym class. I remembered Mr. Verboom’s stick, his stare as I failed to hold the last five seconds of a squat, and the screams of every muscle fibre in my body as I tried to muster enough strength for one last push up. For the first time in almost a year, I stepped into the SAS on a Wednesday morning.

I’m not super athletic. Sure, I swim for the school team, run track, and have played a few seasons of rugby as mainly a substitute, but I am nowhere near being in good shape according to SAS standards. I wasn’t sure what to expect for my first workout with our new fitness instructor Mr. Buttery.

I’d seen Mr. Buttery before in the halls, and so have many of you, I’m sure. Compared to Mr. Verboom, our new guy seems to have a much warmer demeanor. He smiles, and doesn’t tower over you like a predator preparing to deliver the final blow to its prey. My first interaction with him confirmed my expectations. He is a really nice guy.

Mr. Buttery wasn’t present when I arrived at the SAS. Instead, a sweaty Mr. Beaudoin, doing some exercise I did not know the name to, opened the door to let me in. At first, I did not know what to do, but I remembered the SAS sessions during gym class. I began doing jumping jacks and going through all the stretches that have been drilled into my head by Mr. Verboom. As I was finishing my warm up, Mr. Buttery walked in. He immediately approached me with a smile. I introduced myself, and told him that this was my first time at the SAS alone. He asked me what I have done before with Mr. Verboom, and I recounted the various parts of the gym classes such as lunge holds, side planks, and squat holds. He told me to start with Beginner 1 and then progress from there. I was a bit disheartened, thinking that I should be at least able to bypass that considering I’m in Year Eleven. However, I did not object. He shook my hand with a firm yet comforting grip, and said: “Call me Luke.”

The Beginner 1 workout is split into two parts, with the first being comprised of squat holds, push-ups, and side planks, and the second being chin up holds, lunge holds, and front planks. As I was going through the different exercises, Mr. Buttery watched quietly from his office. He walked out as I was finishing my side planks and about to start the last squat hold.

“Nice side planks, keep it up.” He said.

He stayed in his office for the rest of my workout as he had to help a Year Twelve student with what I assumed was his IA, and I did my chin-up holds in the company of Mr. Beaudoin.

I finished Beginner 1 in about forty-five minutes. I was drenched with sweat, partly from the exercises, and partly from the humidity. As I told Mr. Buttery that I was about to leave, he said: “Great work today, I hope I see you again soon.”

Yeah, he probably will.

For everyone reading this who is in Year Eight or Nine, or even Ten, my message is clear. Don’t be afraid to go to the SAS. Mr. Buttery is not Mr. Verboom, and if a Year Eleven can start at Beginner 1 while his peers are doing bench presses with astronomically heavy weights, so can you.