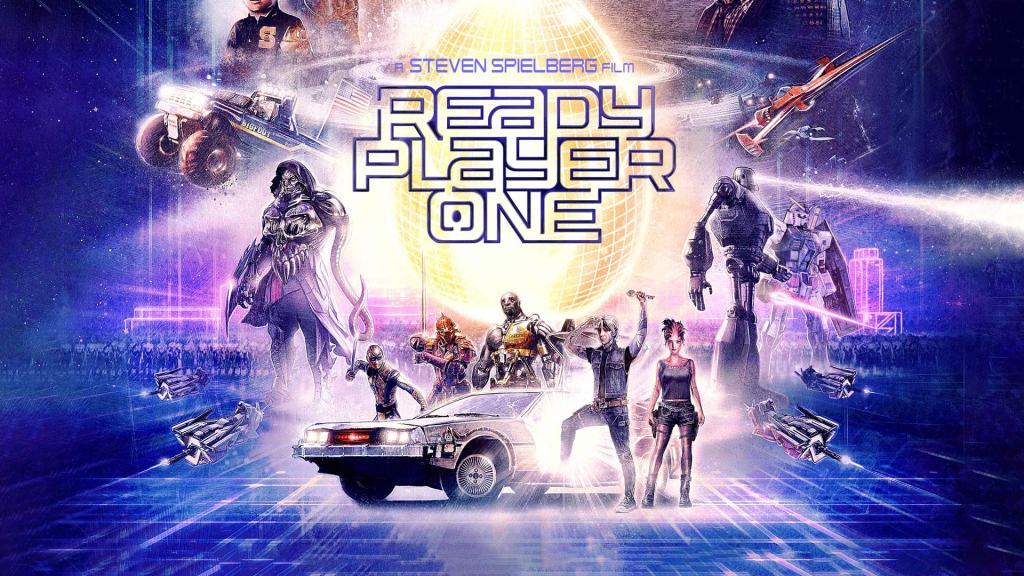 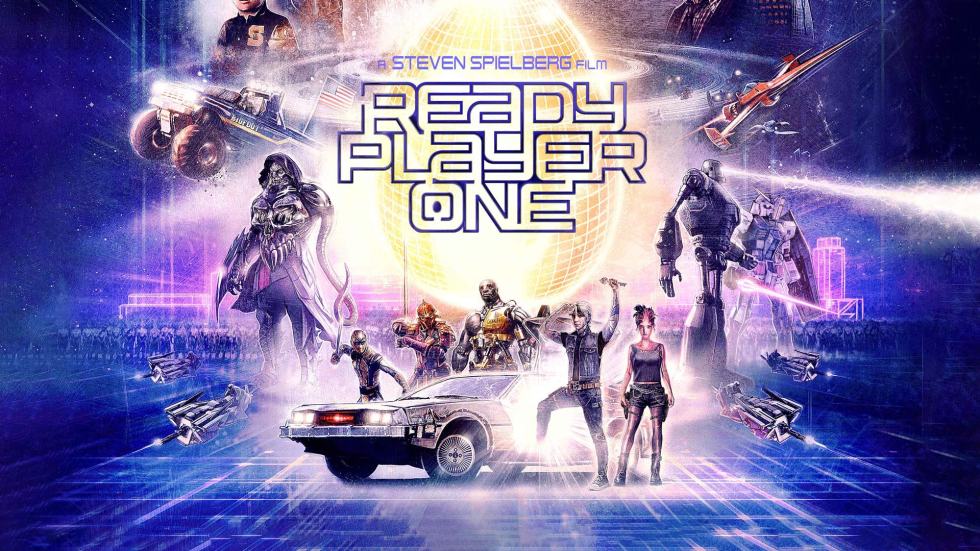 As an avid fan of Ernest Cline’s book, Ready Player One, I was naturally excited when I heard it was coming to the big screen. Between awesome 80’s references, video game culture, and pop culture name drops, Ready Player One is a novel that has captured the hearts of virtually every geek ever, and it has practically become a bible for the pop culture fandom. The film, directed by the legendary Steven Spielberg (whose works are mentioned multiple times in both the book and the movie) successfully imitates the same feeling as the novel. Ultimately though, it fails to capture the story that made Ready Player One so popular.
The film is as expected: a pop culture tribute to the 80’s. The opening soundtrack is Van Halen’s Jump. The Iron Giant and Buckaroo Banzai are referenced to in large ways. Unlike the book though, the film is able to integrate modern pop culture such as Overwatch and the TMNT seamlessly into the story. Not only that, but the script also has some excellent jokes for the geeks in the audience. I often found myself chuckling silently at inside jokes or the fact that “x”-character was included in the film. Although the 80’s references are packed in like sardines, it’s not the film that people think it is. It isn’t a constant onslaught of 80’s references in a way that’s cheesy or cringe-worthy. Instead, Spielberg is able to utilize the references in imaginative ways, with some even becoming key plot points. In a way, that’s the true charm of Ready Player One’s film adaptation; it’s ability to make references while maintaining a gripping story.
My foremost problem with Ready Player One was the lack of background. The framework provided on the OASIS (the central game in both the movie and book) and the background provided on the real world was the greatest part of the novel. In this area, the film lacks. I understand that the movie must move faster than the novel, but still, I often found myself wishing we were shown more about the creation of the OASIS, or more about Parzival’s life outside of the game. There is almost no exposition into how the real world became such a dump; nor is there the background on why the main quest is designed the way it is. To someone who has read the novel, this can be disappointing. You won’t see any, if at all, of the scenes that are present in the novel. And to be honest, the film really loses some character because of it.
While some of the acting in the film is weak, the main cast provides excellent renditions of Parzival (Tye Sheridan), Art3mis (Olivia Cooke), Aech (Lena Waithe), and Nolan Sorrento (Ben Mendelson), who are arguably the main characters of the film (Upon thinking about it, I don’t think that Parzival’s name is fully mentioned in the film, which is yet another thing that makes me think the film creators assumed people had read the book). Tye Sheridan (X-Men: Apocalypse, Scouts Guide to the Zombie Apocalypse) plays a fantastic Parzival. His acting ability is put to the test in Ready Player One, from emotional scenes to exhilarating action sequences. He further shows off this acting ability that was glimpsed when he played Cyclops in X-Men, and he’s able to make us feel the excitement and emotions of a 19-year old who is one of the leaders in the easter egg hunt.
Olivia Cooke (Me, Earl and the Dying Girl, Bates Motel) demonstrates again that she is an upcoming acting powerhouse. In the scenes where she was opposite other characters, there was a noticeable and superior difference in her acting skill and ability. Her take on real-world Art3mis is almost exactly what I imagined in the novel, although her in-game avatar was quite possibly the furthest from what I was expecting. With all that in mind, however, her on-screen chemistry with Sheridan resulted in some awkward scenes that could possibly be blamed on the film’s weak scriptwriting.
Overall, Ready Player One is a blast. Spielberg has created a stylish tribute to a time in which he was a huge influence. As I mentioned before, the film is remarkably different from the book; but it captures the essence of the story, and it adapts it to the silver screen. Ready Player One isn’t for everyone. If you have no gaming experience or 80’s knowledge, it will be a hard film to understand. But for those who have read the novel, or know what a quarter on the top of an arcade cabinet means, Ready Player One is a fantastic adventure that has instantly become a classic film for geeks everywhere.