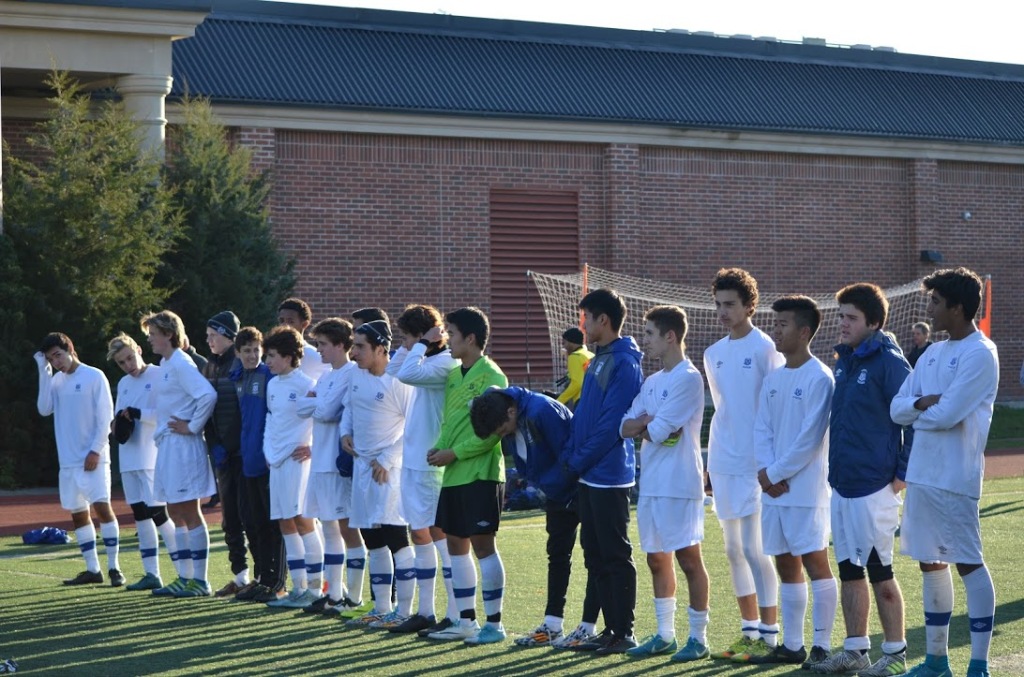 17 wins. 0 losses. 68 goals for. 5 against. CAIS Champions. CISAA League Champions. CISAA Playoff Champions. To our supporters, we salute you. To our doubters, we thank you for forcing us to push on. On Wednesday, November 10th, the Varsity Soccer Team capped off their phenomenal season with a 3-0 win against St. Michael’s College at home, reminding them that this is our house.

In September we considered this a “rebuilding season” with only five returning players. How we proved even ourselves wrong by conquering even the greatest of competition. As soon as we began practicing, it became clear that while we may have lacked the skill level of previous teams, we made up for it by gelling together flawlessly. Under great leadership from the captain, PJ Bujouves, and the rest of the returning players, every rookie was welcomed onto the team and made to feel at home. There wasn’t a single outcast on the team; everybody had a place. This true embodiment of being a team rather than a group of athletes is what fuelled our players’ fierce desires to win. Every minute they spent on the pitch they gave everything they had, often playing out of their skins to ensure every win. Oscar Brown’s lone goal in a stalemate against Lower Canada College. Sean’s back to back strikes against St. George’s which got us into the finals of CAIS. Mark Yatchew’s invincible defence in the CISAA final before sending a brilliant 30-yard through ball to set up Hilli Goldhar’s CISAA Championship winning goal—all this while being extremely under the weather.

We certainly were the underdogs going into our first game of the season. We were unsure of the potential that would emerge from our new players and of our opponents’ strength. However, our boys came out on top with our season starting as it ended: a victory against our bitter rivals St. Mikes. In between these momentous wins, we made sure to play the beautiful game in the right spirit. While our attack was great throughout the season with our strikers and midfielders racing to get their name on the scoresheet, our defence must be acknowledged as well. It was the combined effort of seemingly unbeatable keeper Jeremy Zhang and the wall of defence that was Amen Ashebir, Mark Yatchew, Ben Broer, Daniel Cooper, Theodore Heintzman, and last but not least Adam Sayani that set a record for least goals against in school history. Additionally, our midfielders were everywhere, covering for defenders who got a sudden race of energy and decided to run up field and also ensuring they were a part of every goal. 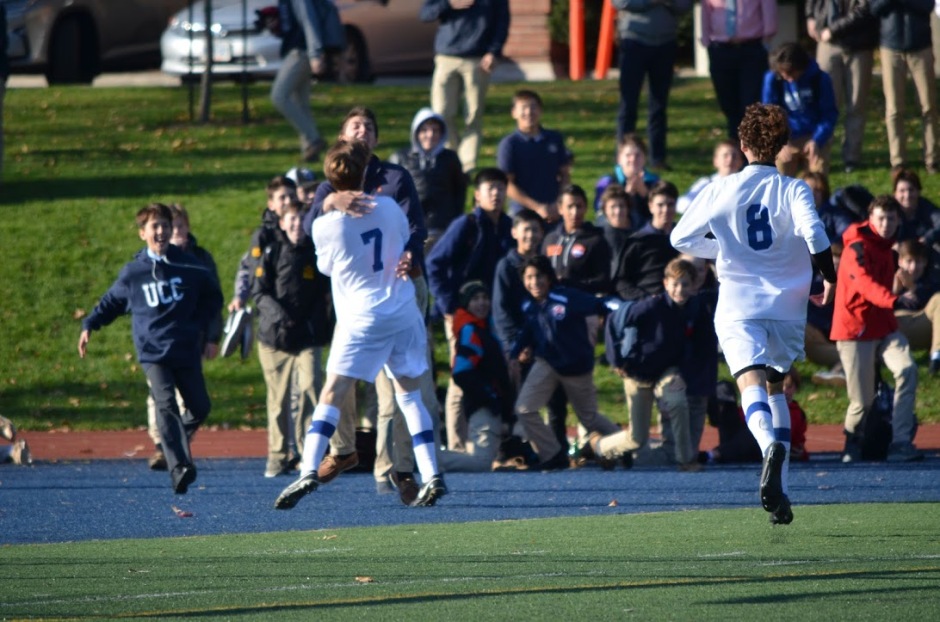 To Mr. Turner and Dr. Hamr, we all thank you for your guidance on and off the playing field. Our success this season would not have occurred without you two. To the players of the Varsity Soccer Team, it truly has been an honour playing alongside such talented, hardworking, and genuine young men; I have countless memories I will look back on fondly for years to come. I wish you all the best next season. It seems that there are great years in store for soccer with our U-14 and U-16 teams both going undefeated as well.

The team bids farewell to its senior players who enjoyed their last season playing in the blue and white: Hilli Goldhar, Sean Langlois, Ben Broer, Adam Sayani, and me, Faiz Khwaja. Looking back at these photos of a great season and a thrilling victory in the final, I have but one regret: not shaving before the finals. 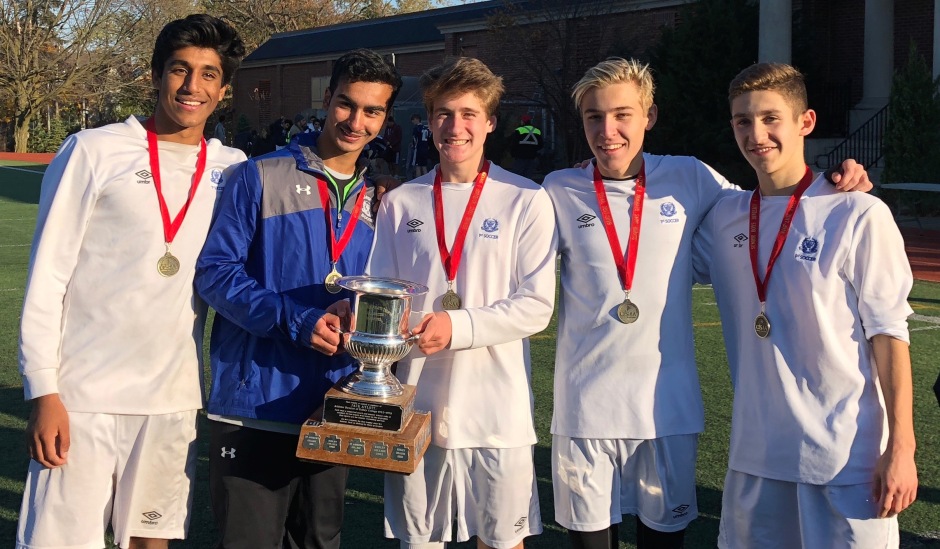