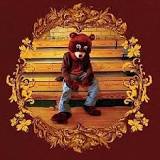 If you’re reading this, chances are you’ve never listened to a gospel album from front to back. How about a gospel album that incorporates old slave spirituals to the track list? How about a fast paced ride that uses incredibly clever word play and rhyme schemes to tell a story of struggle, dedication, faith, and success? How about all of that, plus intoxicating samples? Add some unbelievably funny skits as interludes. Throw on some features from rap legends in the prime of their careers. Put it all over top of some of the all-time greatest hip hop production. All of these parts converged to result in a hip-hop classic. And to think that all of this genius came from a twenty something South Side Chicago kid who dropped out of college in his first year.

The artist I’ve just described to you is Kanye West. The album described just above that was his 2004 debut album with Roc-a-fella Records The College Dropout. This is the kind album that I can listen to on the way to school every day, that should also be used as a mandatory listening cultural education piece for all Year 1s. Why such high praise a man known recently for his auto tune and misogyny? Here’s why:

The heart and soul that Kanye poured into this album is evidenced by the track Through The Wire, which he recorded within weeks of his near fatal car crash while his jaw was wired shut as a part of reconstructive surgery. Earlier on the album, on a track called Spaceship, Kanye tells us that, “You can’t match my hustle. You can’t fathom my love dude,” and he lives up to that claim big time. The passion on every song is raw, which makes popping in some earbuds and listening to Mr West an immersive experience.

Why a gospel album, you ask? Well aside from his proclamations of faith than run throughout the album, there is an actual sermon on the album. If you need a Kanye song to listen to in the car with your mom, try out Never Let Me Down, the soulful ballad near the beginning of the album. Along with a feature verse from Jay-Z, there is an interlude from J-Ivy, where he delivers a biblical ode that ends with, “let it be known that God’s penmanship has been signed by a language called love.” This, along with the actual slave spiritual track called I’ll fly away, makes this album Kanye’s most Sunday-friendly work.

The beats speak for themselves, but I’ll try to translate here: they are legendary. Kanye’s signature use of the human voice as an instrument and ubiquitous sampling come to life on tracks like Jesus Walks, Never Let Me Down, Through the Wire, Spaceship, and Slow Jams. If you’re in the mood for some mellow guitar with an up-tempo rhythm, try out All Falls Down. With a wide range of technique, textures, and speeds Kanye made a masterclass in production.

Fear not my rowdy brethren: there are bangers too. Well-paced, aggressive tracks like Two Words, School Spirit, and Get ‘Em High round out the requirements for a hip hop classic – songs you can blast through some speakers in the whip and sing along to. My personal favourite though, and a new pregame pump-up playlist essential, is the trap-style ballad featuring Ludacris called Breathe in, Breathe Out. You’ll know why when you listen.

Overall, I give this album a 9.2 out of 10. If you seek twenty-one songs of raw passion, legendary production, and lyrical quotes that are not soon to be forgotten (which you should seek), check this one out. Forget Kanye’s reputation and let the music tell the story. And if you follow these instructions exactly, you’ll have a new classic in your arsenal.