Vampire Weekend is just about my favourite band of all time. With the release of their first Studio Album. “Vampire Weekend“ in 2007, VW forced their way into the center of the American indie rock world, with songs like “A-Punk” and “Oxford Comma.“  In the following years, the band built a massive international following with their albums “Contra“ and “Modern Vampires of the City“ As well as the international support, the band drew a huge backing from groups of internet based fans, who seemed to idolize and worship VW’s frontman, Ezra Koenig. Surprisingly, the idolization was only due in part to Koenig’s musical abilities. The main reason that the lead singer had been elevated to the level of Tumblr God (a position also held by Benedict Cumberbatch and Aubrey Graham) was his incredible online presence, specifically on Twitter. So, for the scholastic benefit of our readers, we have decided to compile 20 of Ezra Koenig’s most nonsensical and hilarious tweets. 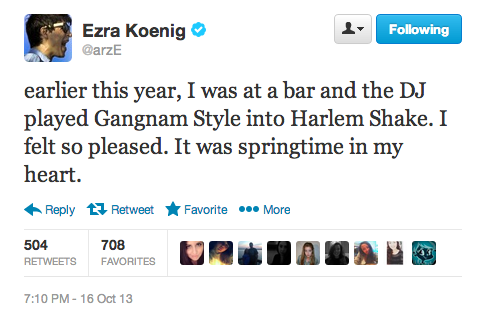 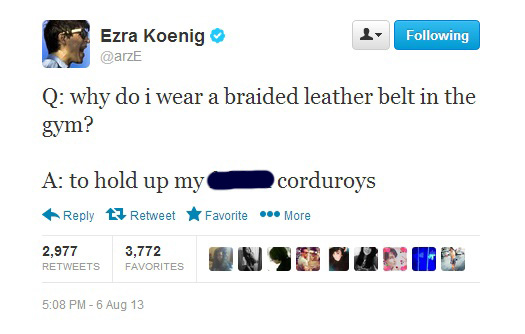 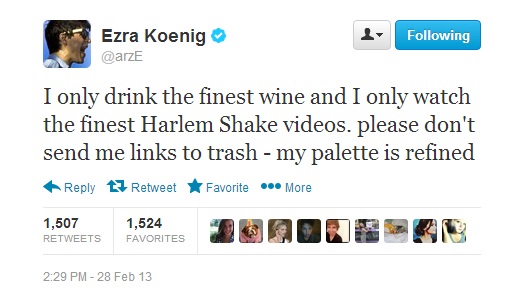 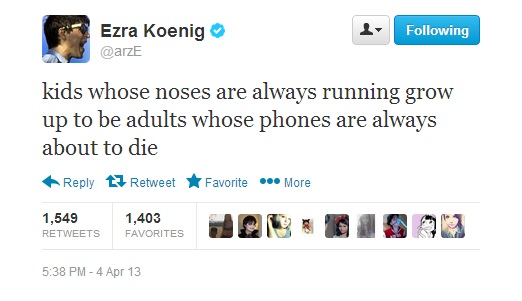 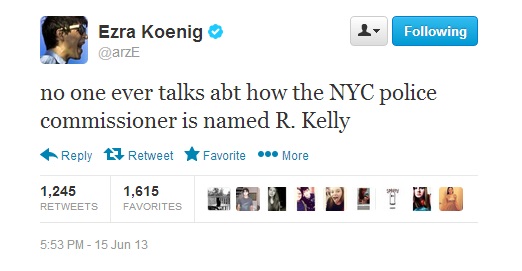 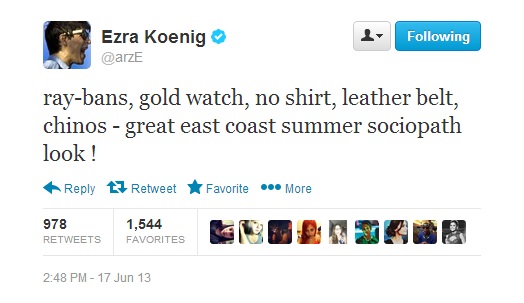 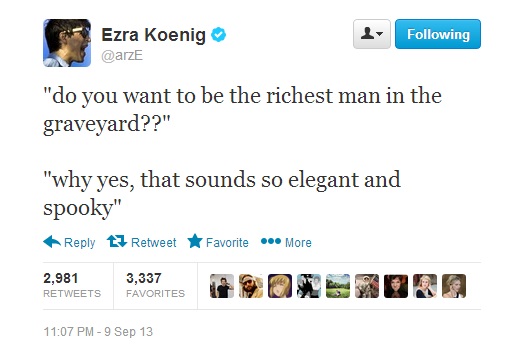 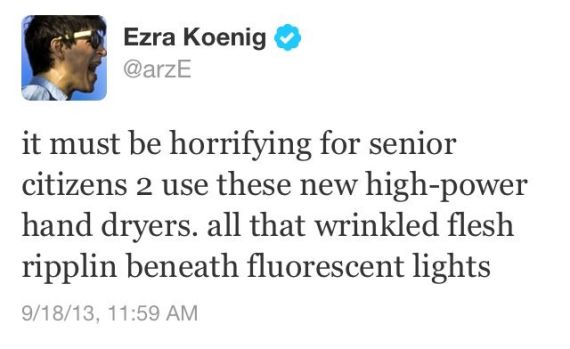