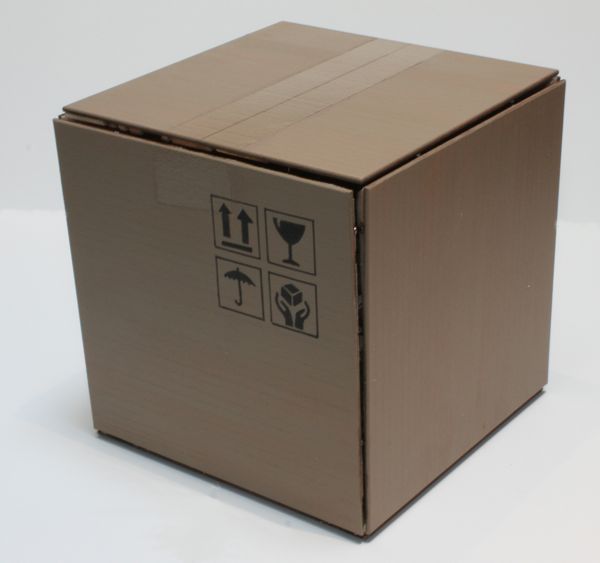 If there’s an up-and-coming artist at Upper Canada College, it’s Kenny Chow. Kenny has been involved with the UCC art scene since the Prep, worked as a graphic designer for countless school productions and functions including, most recently, the posters, brochures, and tickets for King Richard II and the Battalion Ball 2012 invites. My good friend takes a few moments to discuss his inspirations and experiences as an artist and his time in the art program at UCC.

AB: I understand you nearly burned down your house this weekend.

KC: Oh. That. Yes. (laughs) why does everyone know this? (…) Well it’s one of my projects. My latest project was doing something using fire and I made a prototype to test it out… see how it goes and it got a little out of control (laughs). 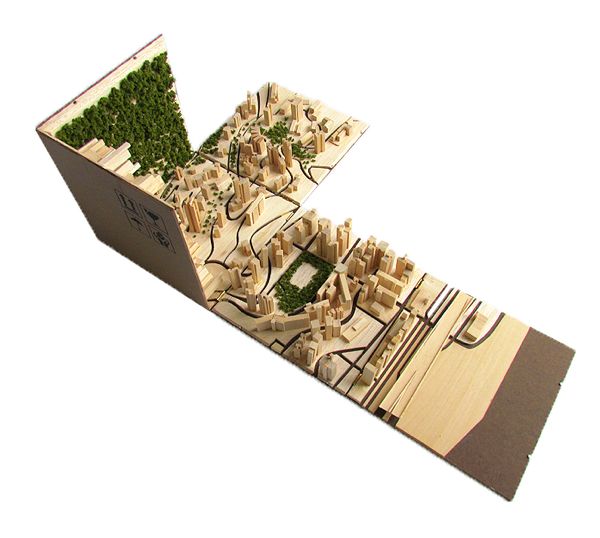 AB: How did you first get interested in art?

KC: It was a long time ago… one thing that happened was when I came to Canada [from Hong Kong] my sister was also very into art and my whole family is kind of… has an art feel and so I tagged along with my sister. I went to theses classes in these huge studios [and] I learned how to do the typical things – you know, copy cubes, copy spheres, learn to shade – and then I went (…) and I found my own studio that I kind of liked to learn with and I did that for quite some time. Then, at the start of IB1, that professor stopped and so (…) during that kind of three week period I found that I was really missing something and because of that kind of void I found out that art is really what I enjoy. And so I ran with it, you know? I’m doing as much of it as I can and I’m having a lot of fun doing it.

AB: Give me three adjectives you would use to describe your work.

KC: I would say creative, interactive, and entertaining

AB: How have you enjoyed your time in the UCC art department?

KC: It’s been fun. I guess it’s been fun since FY onwards. At the start it wasn’t as great because you’re really restricted by what you can do… it’s paint, it’s, you know, do digital work. In FY we got a little bit more freedom where we could choose more how we wanted to create things and it really grew in the IB where it was really do what you want to do. You have twelve projects if you’re in HL and you just do what you want to do and that has been extremely fun for me because I like experimenting… which is why I almost burned down my house. (…) just having that ability to experiment and be like: I want to try painting on a mirror, I want to try using fire, you know, I want to try using motors, I want to try making a box that closes and opens up and there’s an interlocking city inside. It’s really anything you want to do which is something that I really enjoy.

AB: Who are your favorite artists?

KC: That’s a good question… I would say, I don’t know, it’s not so much maybe artists but perhaps pieces that I really enjoy. Like ‘Goldfish Salvation’ [by Riusuke Fukahori] was one I really enjoyed and a lot of stuff by Ai Weiwei I actually like (…) and just a lot of pieces that are really creative as well as a lot of pieces that are just really painstakingly done… that you look at it really closely you’re like: oh, I know the dedication and work that has gone into it. That’s what I enjoy. 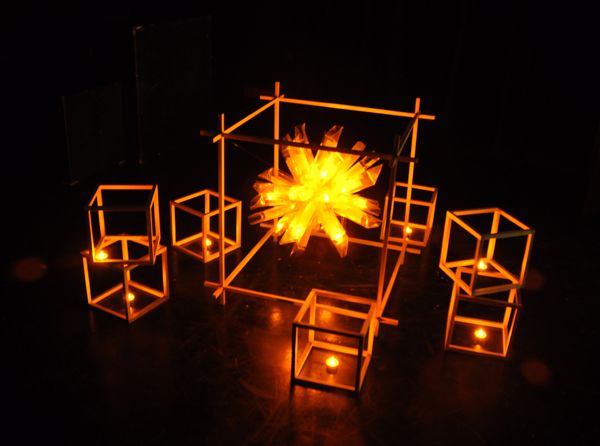 AB: What is your artistic process?

KC: (laughs) Normally, well, for school at least, what I do is I get a brainstorm… I try to get a theme going and then I just branch off in every direction I can until I kind of think and I pick up something that I, you know, I think I could run with, that I would like to try. And then, from that, I go through and I make a lot of different concepts where I go: oh, you know, maybe this time I want to use this material, but how can I use it? So I create and I think of, you know: what can I do that would be interesting, that would be fun, that would be innovative but still doable within my time period? And I would do that, and that’s really how my thought process happens and it… my pieces get created as I do the process, so I’ll create something that maybe doesn’t work out and I’ll change it on the spot, you know, try to get it to work, like the piece that almost burned down my house, for example. I had to find a way to get the fire to actually [spread] and so I tried glue, I tried string, I tried cables, I kept experimenting to see what works, and whatever works I run with. That’s really how my pieces are made

KC: I guess I would have to say the most fun (…) would have to be the cube one with the city [‘Home Sweet Home’]. That was a lot of fun – just the way I presented it, it was a lot of fun to do. One of my… maybe my most memorable, perhaps, was the piece I did to honor my grandfather who passed away a few weeks before I created that piece – that was one I really enjoyed as well. It’s the one with the glowing sphere inside a frame [‘In Memory of…’]. That was very nice. I think the one I’m doing now, that’s going to be a lot of fun. Just the process of watching it burn and disintegrate would be very interesting. The mirror one [‘Dreamscape’] was a lot of fun as well, just seeing it happen and also because of the process: you don’t see the works until the end because you have to peel off the tape to show the mirror. That was an exciting process (laughs). What else? The magnet one [‘Chain Reaction’] was fun too with the chains and the movement… you know, seeing it come together, and actually seeing it happen as I was doing it. It would be like: this is an idea I have and actually making it work. That was fun.  I can’t really say I have a most favorite but I guess I named like the top five or so (laughs).

AB: What are your greatest real-life inspirations?

KC: A lot of my art pieces come from my personal experiences, so, for example, attending my grandfather’s funeral – that was my inspiration, so to say, [for] one of my pieces. Having a language barrier coming to Canada, that was another one. You know, going through [the] distress and difficulty of the IB – trying to manage all the work – that was another one. I really like drawing from personal life experiences – anything from, you know, very small elements such as like waking up and experiencing a typhoon in Hong Kong – that was one. The really big major events such as a death in the family or literally moving halfway around the world.

KC: Uh… university? (Laughs.) I don’t know [where] yet. I don’t know where I want to go. I’ve applied, right, but we’ll see who really actually wants me. I did apply for architecture though. I think that’s something I want to do because it’s that idea of fusing creativity and practicality. That’s what I think I do best and that’s what I want to do as a career. You know, having creative processes but still being practical – and use the space – that’s what I want to study. In terms of career, I’m still debating whether or not I’m actually going to have fun doing architecture because it seems like a very rigorous course but any design thing – medium – is something I want to do so I’ve considered fashion, I’ve considered product design, graphic design… really anything that has to do with art. That’s what I want to do.

AB: Great. Well, thank you so much.