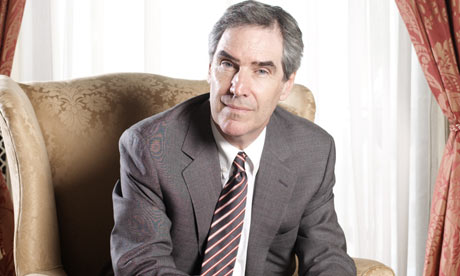 Much has been said about Liberal leader Michael Ignatieff this past month: the Conservatives have branded him as an inept politician and an anti-Canadian expatriate while others have lauded the intellectual prowess of the Harvard professor, award-winning historian, and UCC Old Boy. However, Ignatieff’s work as an artist has been almost entirely overlooked. In addition to writing two screenplays, Ignatieff has published three novels, Asya, Scar Tissue, and Charlie Johnson in the Flames.

Scar Tissue, Ignatieff’s second novel, was published in 1993 while he was living in the United Kingdom. The novel received a lot of praise from the British press: The Sunday Telegraph called it “moving and intellectually challenging” and The New Statesmen stated that “no recent British novel has traversed the world of reason and emotion, the human presence and its annihilation, so effectively and directly.” In addition, Scar Tissue was shortlisted for the prestigious Man Booker Prize in 1993 yet the award for the best Commonwealth novel went to Roddy Doyle’s Paddy Clarke Ha Ha Ha.

Scar Tissue tells the story of a mother’s struggle with what is implied to be Alzheimer’s or dementia (it is never explicitly stated in the novel) through the retrospective eyes of one of her sons, the unnamed narrator. In fact, the narrator calls the story a “time capsule”. With his brother being a neuroscientist down in Boston, the burden is largely on the shoulders of the narrator to care for his ailing mother, whose short-term memory loss causes her to retell stories to painfully sympathetic listeners and eventually her worsened dementia makes it impossible for her to even recognize her own family. The mother’s disease eats away like a moth at the narrator’s own professional career as a philosophy professor and also at his marriage. Despite the death of both of his parents, a separation from his wife, and a life in derelict conditions, the narrator has a positive epiphany about the nature of life and death at the novel’s close: “But I know,” he states, “that there is a life beyond this death, a time beyond this time. I know that at the very last moment…I will be face to face at last with a pure and heartless reality beyond anything a living soul can possibly imagine.”

The novel is a philosophical one in many ways (the narrator is a philosophy professor after all). Questions of memory, selfhood, and identity abound throughout the two hundred or so pages. Scar Tissue examines the fragility of our memory and the implications of the absence of memory. The narrator wants to believe that his mother’s old memories of his childhood and adolescence remain intact somewhere in an unused section of the brain, like a vault that has not been opened for years. Yet the novel suggests that this is not in fact the case, and along with this loss of a memory comes a loss of identity. The narrator calls her “the silent custodian of the shadow zone of my life.”

Ignatieff was a distinguished non-fiction writer before the publication of Scar Tissue, yet this novel seems to exhibit his impressive fiction-writing skills as well. The scene at the family dinner in which the mother, due to her illness, repeats the same story over and over again is particularly well-crafted and strikes a poignant chord with all readers who have experienced a similar situation.