The imminent approach of Remembrance Day encourages us to reflect on the sacrifices of those who fought on our behalf to protect our cherished freedoms. This year, these reflections are especially poignant, with the ongoing invasion of Ukraine proving that the horrors of war have unfortunately not been banished to the annals of history.

For me, this Remembrance Day is particularly special, as it follows on the Military History Immersion Program (MHIP) trip I took with fellow UCC students to visit the World War I battlefields of the Western Front. For eight powerful days last June, we biked across Belgium and France, touring the hallowed sites of the Great War in which so many Canadians fought and died: Ypres, the Somme, Cambrai, Vimy, Passchendaele. 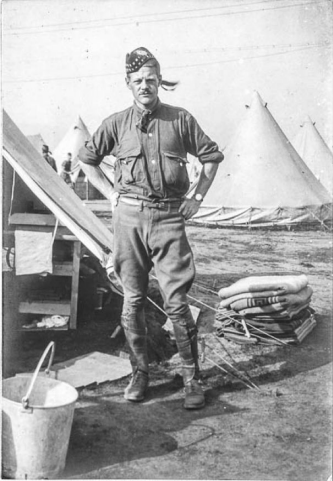 (Above) Captain Robert Clifford Darling ’04 (1886-1915) Photo courtesy of “The Red Watch” with the First Canadian Division in Flanders by Colonel J. A, Currie, M.P.

Standing on the field at Ypres—where Old Boy Captain Robert Clifford Darling was mortally wounded by a stray bullet that pierced his right lung—enlivened history for me in a way that I had never before experienced. I had spent months researching Darling for the profile I had written as part of the application for the MHIP, reaching far back into the shadows of time to better understand the man behind the blurry photograph in the 1904 College Times yearbook. It seemed as if we had formed a bond of sorts, if only tangential.

My appreciation of Darling’s sacrifice, however, only deepened upon exposure to the minutiae of what he had experienced on the front lines. Walking in a trench, for example, underscored the sheer depth and logistical complexity of the infrastructure behind trench warfare. Likewise, biking for upwards of 30 kilometres each day allowed for a greater understanding of the topography of Belgium and France, and why these particular sites on the Western Front were chosen as vantage points for key battles and campaigns of the war.

These profound insights were reinforced by the many lectures that complemented our site visits. We were accompanied on the trip by UCC History teacher Mr. Gregory McDonald and UCC Executive Director of Information and Innovation, Mr. Jim LaPlante, along with published and award-winning Canadian military historian Dr. Eric McGeer, whose wealth of knowledge on WWI Allied contributions greatly enriched our experience. For Mr. McDonald, who has been involved with the MHIP for several years, the trip constitutes an unrivaled opportunity to bear historical witness. He notes how the program was generously funded for five years through a substantial gift from John and Pattie Cleghorn.

As an adult, Mr. Cleghorn had toured the battle sites of the Canadian Expeditionary Force and the graves of Commonwealth soldiers in Belgium and France. “It affected him in a fairly profound manner, and with that experience, he wished others to have it as well,” says Mr. McDonald.  “I think it’s a huge testament to him that he was able to use his hard-earned money in a way that generously supported the education of others—without reward or expectation. I wish we had more people like him helping students have an experience of learning about history.” 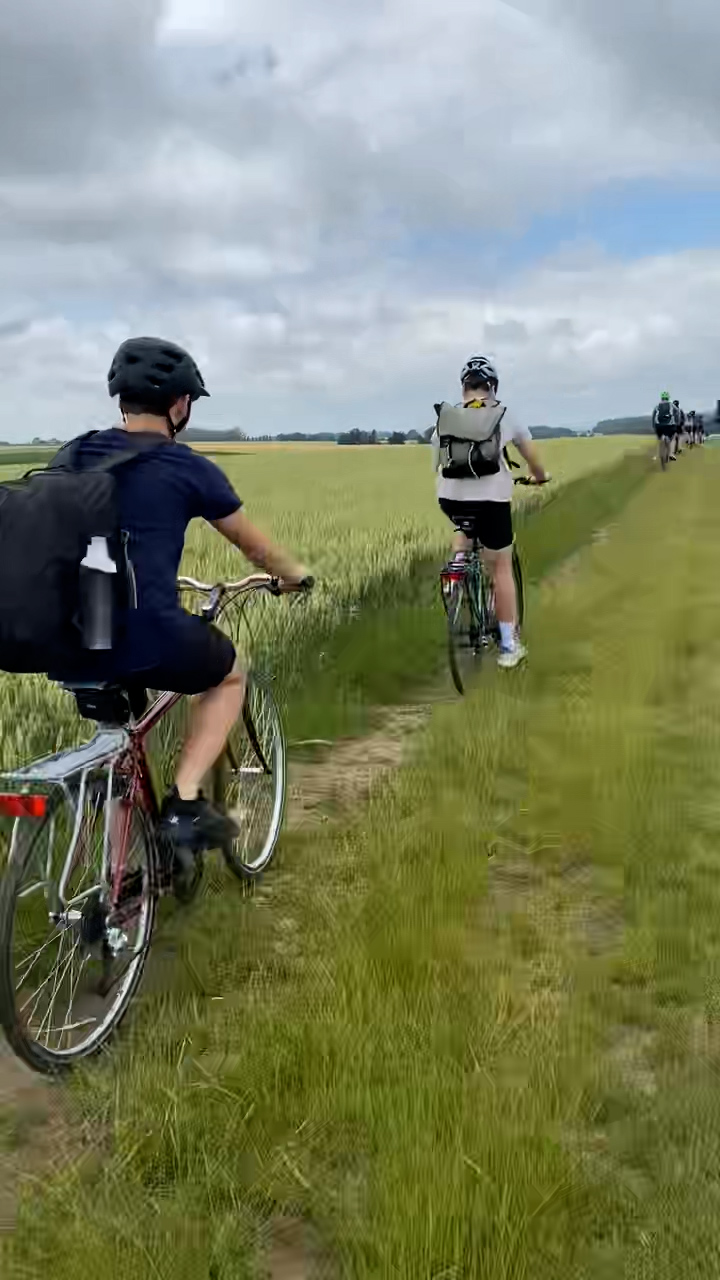 Mr. McDonald further highlights the reflective aspect of the trip, one that transcends personal attitudes towards war. “It is not a trip meant to glorify war or to wallow in the blood-sacrifice of others, in a cheap, mass ‘genuflection of respect,’” he says, instead deeming the experience “an act of historical discovery and travel—and one that had us on bicycles, as part of the landscape of beautifully maintained Commonwealth grave sites of death and memorial.” In Mr. McDonald’s words, touring these sites on bicycles slows down one’s perception of time, “allowing participants to think and feel that here were people, not unlike us, who made extraordinary and terrifying choices—and we, pro- or anti-war in the present, should remember the sacrifice of people who were like us—and were so far distant in mindset, too.”

Mr. McDonald’s remarks are borne out in the experiences of the students who participated in the program, all of whom can attest to the transformative impact of the trip. For Lucas Roden ‘23, viewing the war memorial at Vimy Ridge, with its two limestone sculptures soaring 27 metres into the sky, was particularly powerful. “The complexity of the design, and the fact that this massive memorial was completed in 1936, less than 20 years after the end of the war, really shows how important Vimy was to Canadians, even back then,” he says.

Roman Bharati ‘23, was especially moved by the visit to Passchendaele. “Standing on the grassy field, it’s hard to imagine how it would have looked back in 1917, pitted with craters and drenched with mud,” he says. “But the commentary really made it come alive for me, helping me appreciate how hellish the conditions were for the Canadians fighting in the battle.” Another highlight for Roman was staying overnight at a small rural inn just metres away from the ground on which the Battle of the Somme was waged. “It was an eerie experience, falling asleep steps from where Canadian soldiers had also slept. It fundamentally forced me to think about the disparities in our situations—me in a comfortable, warm and safe bed, and them in a filthy, dangerous trench.” Lucas, Roman, and the ten other students on the trip, also enjoyed the opportunity to explore the modern towns of Arras and Ypres in the evenings after the battlefield tours. As these observations suggest, the MHIP was a trip of a lifetime and not one that will soon be forgotten by any who participated.

“If ye break faith with us who die / We shall not sleep,” warns the anonymous fallen soldier who voices Canadian John McCrae’s classic poem “In Flanders Fields,” a work inspired by the very same battle that took Captain Robert Clifford Darling’s life. Thanks to the experience of the MHIP, that faith is stronger than ever.