For decades, Alphabet, Google’s parent company, has committed to the principles of innovation to develop into a $1.4 trillion tech-giant known for its domain of user-friendly software such as Google Chrome, the web browser we commonly use to access the internet. So much so, its company name has become a proverb, a phrase I use on a day-to-day basis to search for information online by “Googling it.”

Despite Google’s widespread prevalence in our lives, its parent company is also pushing the boundaries of innovation with its not-so-well-known and secretive innovation think-tank, Google X.

Google X, commonly referred to as X, The Moonshot Factory, focuses not on designing products, such as the Google Pixel, for consumer use, but rather on satisfying the true spirit of science and engineering by solving the world’s most complex STEM-related problems using technology.

The company, based in Mountain View, California, is composed of a diverse set of collaborative and intelligent inventors and entrepreneurs who build solutions to issues capable of improving the lives of millions using previously unthinkable methods. They engage in risky research and ambitious projects with the speed of a start-up. In essence, they strive to create technologies that could be described as a “moonshot” delivered in an environment known as a “moonshot factory,” as implied in their name. To be considered a “moonshot,” their projects involve a radical solution to a huge problem using breakthrough technology.

The idea of the Moonshot Factory embraced by Google was inspired by a 1962 speech by John F. Kennedy at Rice University, in which the American President emphasized his desire to put a man on the moon by the end of the decade. This idea is at the very essence of Google X: being inspired by a motivating challenge to pursue a larger goal through passion and invention. The ideals of their company involve the traits commonly developed by an engineer in addition to a mindset developed by those who desire to be “moonshot takers.” As a guide to innovation, Google X aims for an impact of 10x—not just 10%—encourages creativity and a love for problems, and, most importantly, embraces failure as the best method to fuel learning. With these traits, The Moonshot Factory has been able to pursue the undoable, which if achieved, could redefine humanity.

Currently, Google X has several active projects that undergo a process of ideation and prototyping, which, if yielding promising results, are produced in the Factory on a larger and more resource-intensive scale.

For example, one of the company’s graduated projects, “Wing,” focuses on transforming the transportation of goods. The project serves to counter the issue of the inefficiencies and environmental costs currently involved in the transportation of goods, which once began on steamships and railroads but now operates through a combination of cargo planes and trucks and accounts for 28% of all greenhouse gas emissions. The product, Wing, is an autonomous delivery drone that can increase access to goods, improve traffic in major cities, and decrease global CO2 emissions. In 2012, the Wing team was able to design a system capable of bringing defibrillators to people having a heart attack faster than on-site personnel or ambulances. With the realization that integrating Wing with emergency services was itself a separate project, they decided to focus on the transportation of small packages, such as those currently delivered by FedEx, which can now travel 6 miles in 6 minutes for almost instant delivery. They were able to produce numerous prototypes refined and tested in Australia and the US before they were able to be integrated into real-life environments, such as delivering food to students at Virginia Tech. Since 2018, the project has “graduated,” meaning it has become an independent Alphabet business. 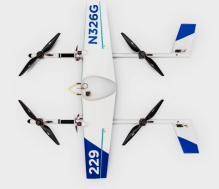 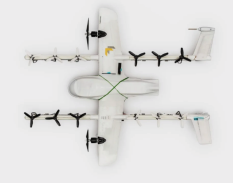 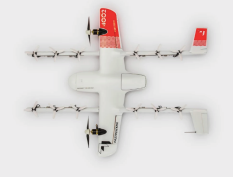 A series of Wing prototypes in chronological order.

Other Google X projects include Project Everyday Robots, which is revolutionizing the ability for robots to learn independently in unstructured environments to complete highly specialized tasks, and Project H2E, which aims to introduce a method to access safe drinking water by harvesting it from the atmosphere.

Although projects such as Wing, Everyday Robots, and H2E, are publicly available, many of the specific details of these projects and most other projects are unavailable and are usually confidential. Provided that many Google X innovations seem or once seemed technically and technologically undoable, such as Space Elevators, hiding their projects ensures they do not lose attention from key investors due to their drastic ideas.

The future of emerging technologies remains bright. In combination with a plethora of unsolved issues in society, the maximum impact of Google X to redefine humanity is yet to be determined. According to the company’s CEO, Astro Teller, “there will always be more crazy ideas worth chasing.”