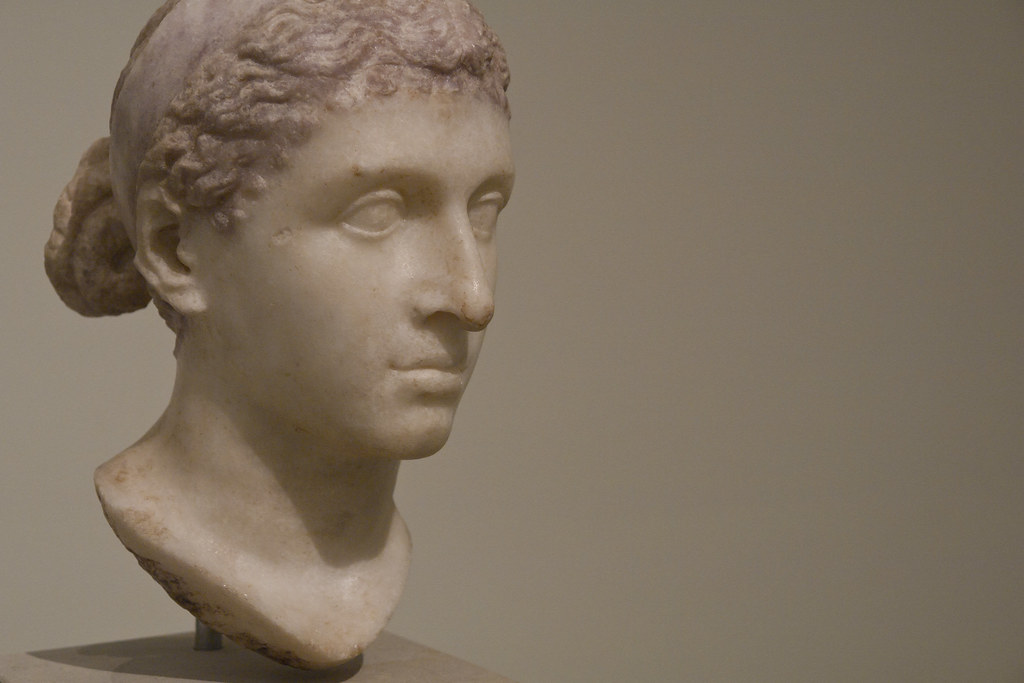 Cleopatra VII Philopator was the most powerful woman in Egypt. Commonly referred to as simply Cleopatra, she was famous for her beauty and relationships with Julius Caesar and Mark Anthony.

However, the coin that I will introduce today is not concerned with any of that. In fact, the coin depicts a period of Cleopatra’s life that is somewhat unknown to the public. From 51 to 47 BCE, she and her brother Ptolemy XIII held joint reign over Egypt, an era that ended when Ptolemy XIII drowned in the Nile river after losing the Battle of the Nile.

The coin that I have is a silver tetradrachm. Despite the coin being minted in Alexandria, a city in Egypt, the Ptolemy dynasty was descended from Greece. They followed the Greek system of currency, where drachm is the basic unit. Tetradrachm, therefore, means four drachms. Tetradrachm’s weight and purity of silver were not standardized in the Greek world, unlike denarius from the Roman Empire later. In theory, a tetradrachm would weigh around 17.5 g, but few coins of that denomination would reach that standard. My coin only weighs around 16 g and the silver is heavily debased. A tetradrachm in ancient Greek was the average salary for four days labour. This would buy 12 pieces of salt fish, 35 kilos of wheat, or 20 litres of wine. 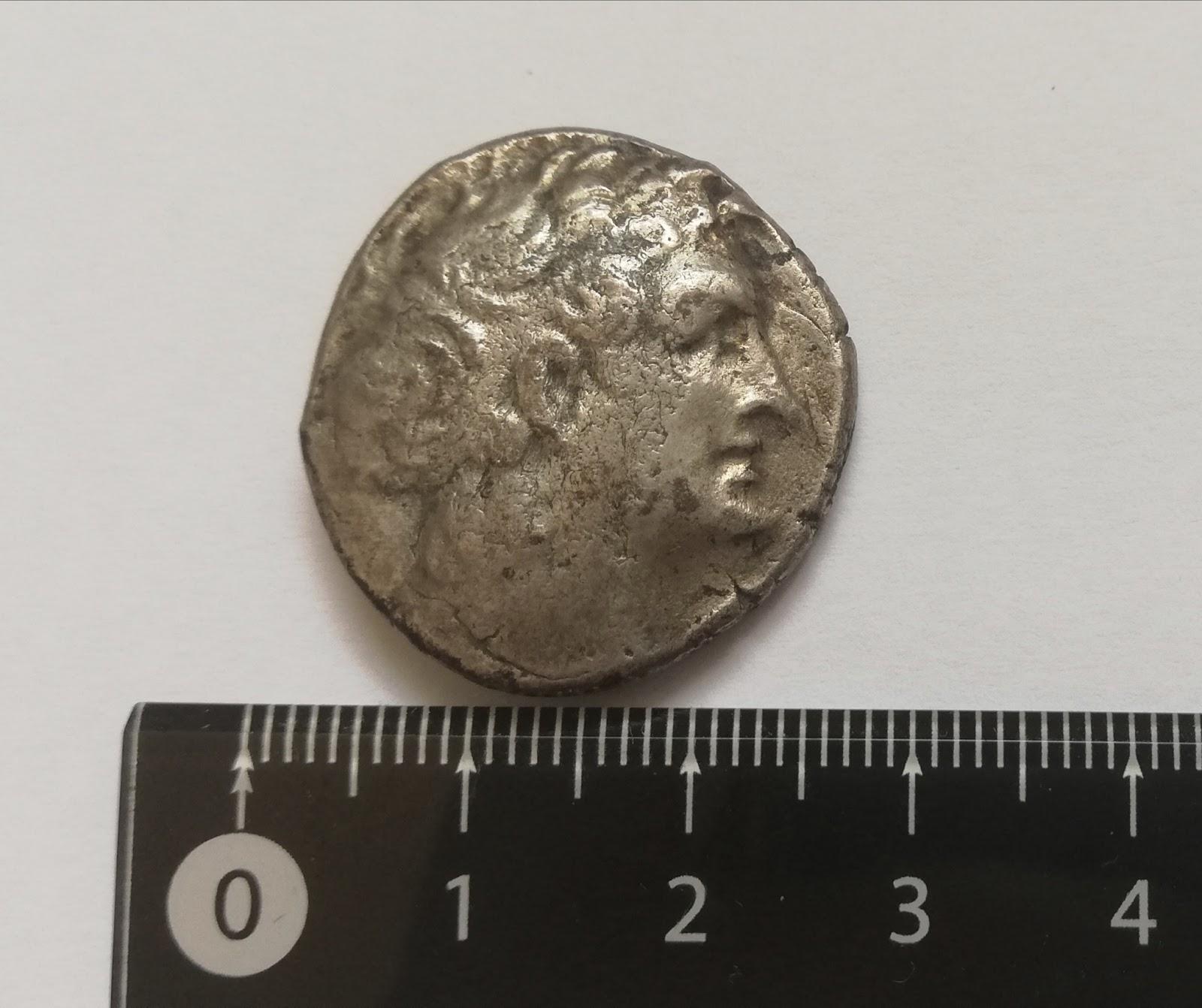 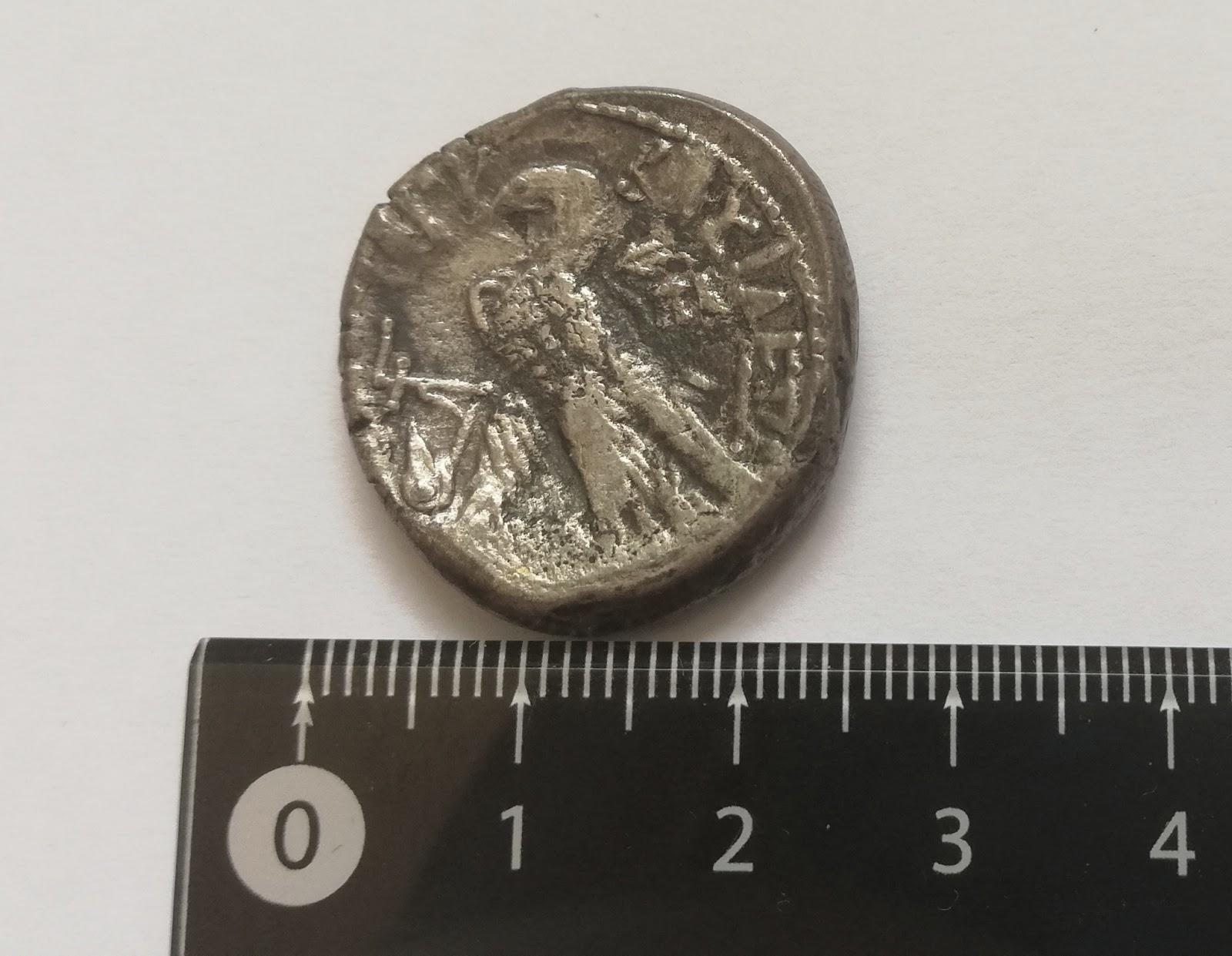 On the obverse of the coin is the portrait of Ptolemy I, and on the reverse is an eagle on Zeus’s lightning bolt, a symbol for the Ptolemaic dynasty. Beside it are words written in Greek, some of which are blurred — ΠΤΟΛΕΜΑΙΟΥ ΒΑΣΙΛΕΩΣ — meaning King Ptolemy. On the lower left side of the eagle are Greek letters. Although unclear, it can be inferred that the two letters are LΓ, meaning the third year of the reign of Cleopatra, or 50 BCE.

The depiction of King Ptolemy I on the obverse is interesting. If the image of Ptolemy I is compared with coins minted before Cleopatra, it can be seen that he looks more feminine. Cleopatra, as a female ruler, was not a typical ruler. She intentionally linked herself with her great ancestor and perhaps the most respected ruler in Ptolemy Egypt, Ptolemy I, as a tactic to legitimize her rule over Egypt. Some historians even believe that she combined her own image with that of Ptolemy I, which is more obvious in later examples.

The image above is a bronze drachm depicting the face of Cleopatra. It can be seen that she resembles closely the image of Ptolemy I in my coin, with prominent facial features like the hooked nose and jutting chin. Considering the artistic skill and attention to detail that would be needed to recreate human features on such a small coin, it can be assumed that this is a fairly accurate representation of the Queen of the Nile.

Coins have historically been examples of spreading political messages of the rulers. The system of coins that the Greek people invented was not the first system, but the characteristics of it – the combination of the image of the ruler with letters that depict the name of the ruler, and another image on the obverse – are used throughout the world to this day. As the famous art historian Neil McGregor said in his book A History of The World in 100 Objects: “the most effective of all images are those we see so often that we hardly notice them: coins.” Two thousand years after the death of Cleopatra, her images and coins still rest in major museums around the world and collectors’ homes. Coins minted during her dynasty continue to further historical research of the period and fill in the gaps of historical writings.