“When I came to office, I inherited a diplomatic agreement, duly negotiated between the government of the United States and the Taliban, that all US forces would be out of Afghanistan by May 1, 2021, just three months after my inauguration.  That’s what we inherited — that commitment.”

“It is perhaps not what I would have negotiated myself, but it was an agreement made by the United States government, and that means something.  So, in keeping with that agreement and with our national interests, the United States will begin our final withdrawal — begin it on May 1 of this year.”

That’s a quote from a speech United States President Joe Biden made on April 14th of this year, announcing the start of the US’ withdrawal of troops from Afghanistan. Wait, hold on. How did we get here? Why was the US in Afghanistan in the first place? What’s this deal with the Taliban? To fully understand how we got here, let’s go back in time. Let’s rewind. 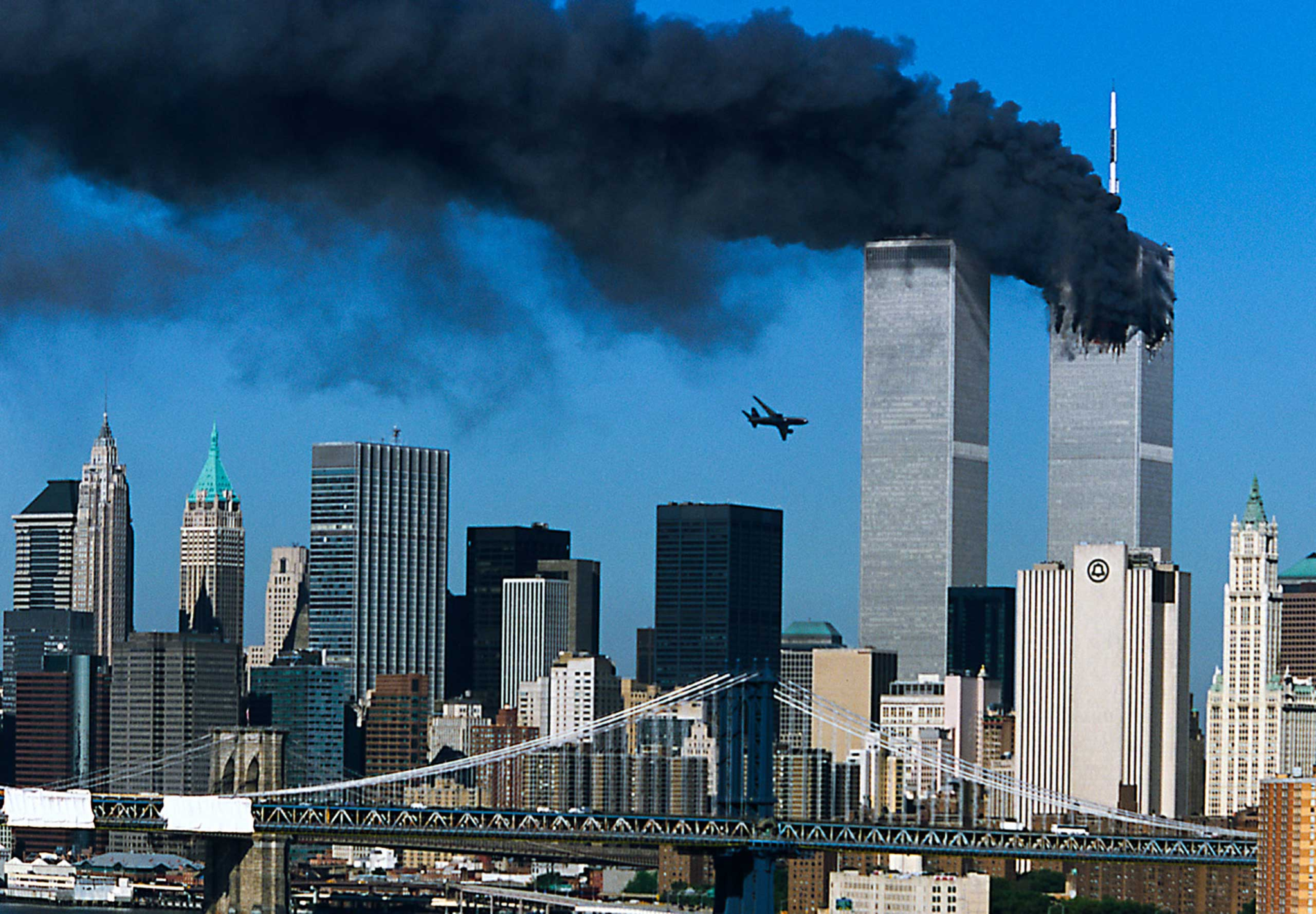 On September 11th, 2001, there were a series of four coordinated attacks by the Wahhabi Islamist terrorist group Al Qaeda and its leader Osama bin Laden. The terror attacks resulted in over 3,000 deaths and injured over 25,000 people.

On September 20th, 2001, then-President George W. Bush delivered a televised address to a joint session of Congress and the nation.

People “are recruited from their own nations and neighborhoods and brought to camps in places like Afghanistan where they are trained in the tactics of terror. They are sent back to their homes or sent to hide in countries around the world to plot evil and destruction.”

“The leadership of Al Qaeda has great influence in Afghanistan and supports the Taliban regime in controlling most of that country. In Afghanistan we see Al Qaeda’s vision for the world.”

“Our war on terror begins with Al Qaeda, but it does not end there.”

“It will not end until every terrorist group of global reach has been found, stopped and defeated.”

President Bush and the United States government learned that 9/11 was orchestrated from Afghanistan and the US was going to go to war in Afghanistan to disrupt and dismantle Al Qaeda, kill bin Laden, as well as to ensure Afghanistan could not be used as a base to carry out terror attacks again by defeating the Taliban, who had control of Afghanistan in 2001.

The war in Afghanistan began in October 2001 and by November of that same year there were 1,300 American troops in the country as commandos and ground troops. By December, the Taliban had been ousted and no longer had control of Afghanistan. The American search for Osama bin Laden began, as the US force grew to 2,500 troops. 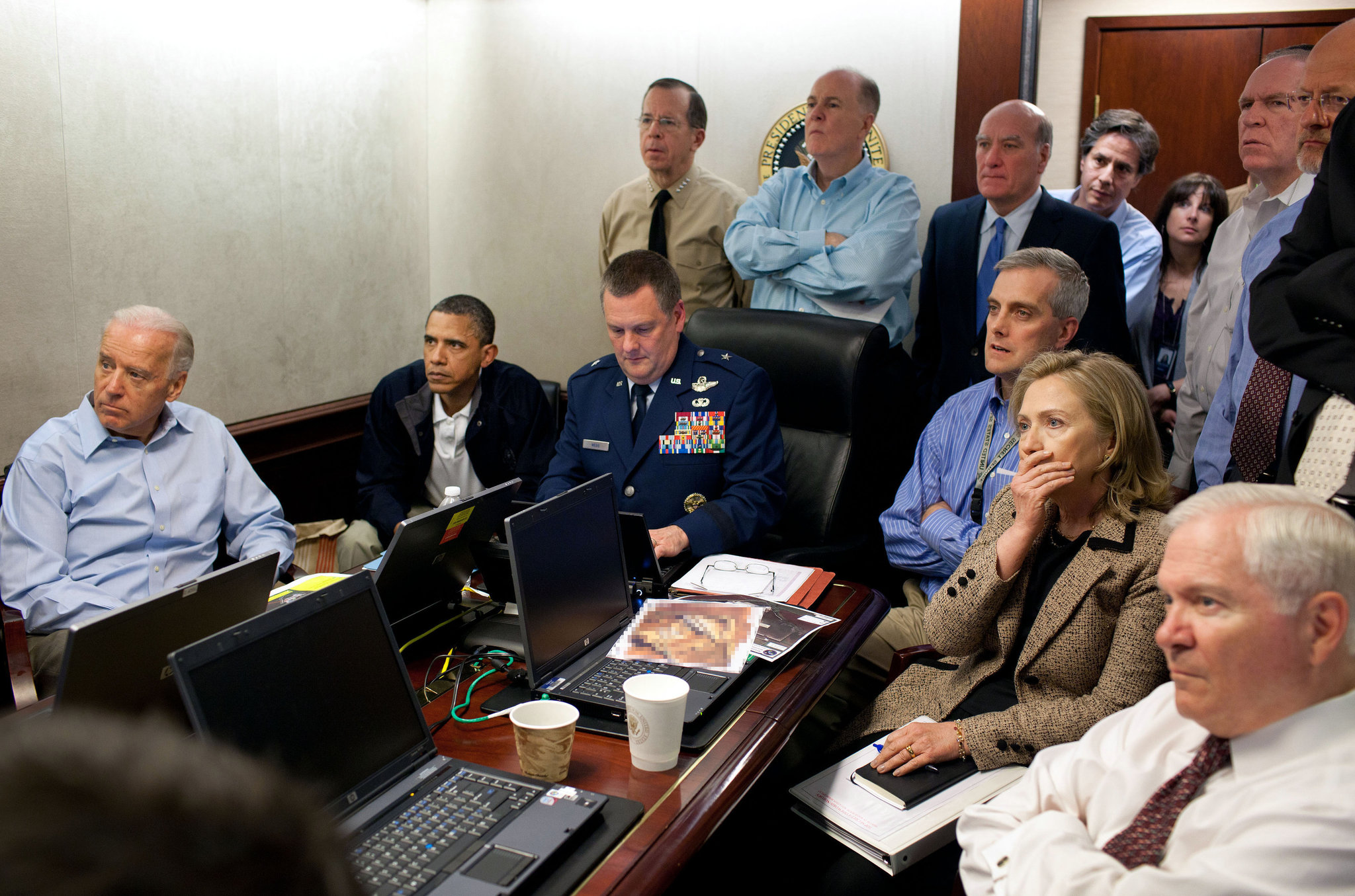 On April 29th, 2011, then-President Obama authorized a small special operations team, known as SEAL Team Six, to carry out a raid on a compound in Pakistan, where bin Laden was hiding. The team began intense training for the operation, which included practicing in a life-sized replica of the compound.

On May 2nd, 2011, US Special Forces raided an Al-Qaeda compound in Abbottabad, Pakistan, in a mission dubbed Operation Neptune Spear, and killed the mastermind behind the 9/11 attacks, Osama bin Laden, ending the decade-long manhunt. The US Special Forces found and killed bin Laden in nine minutes, in what was a nearly flawless mission. 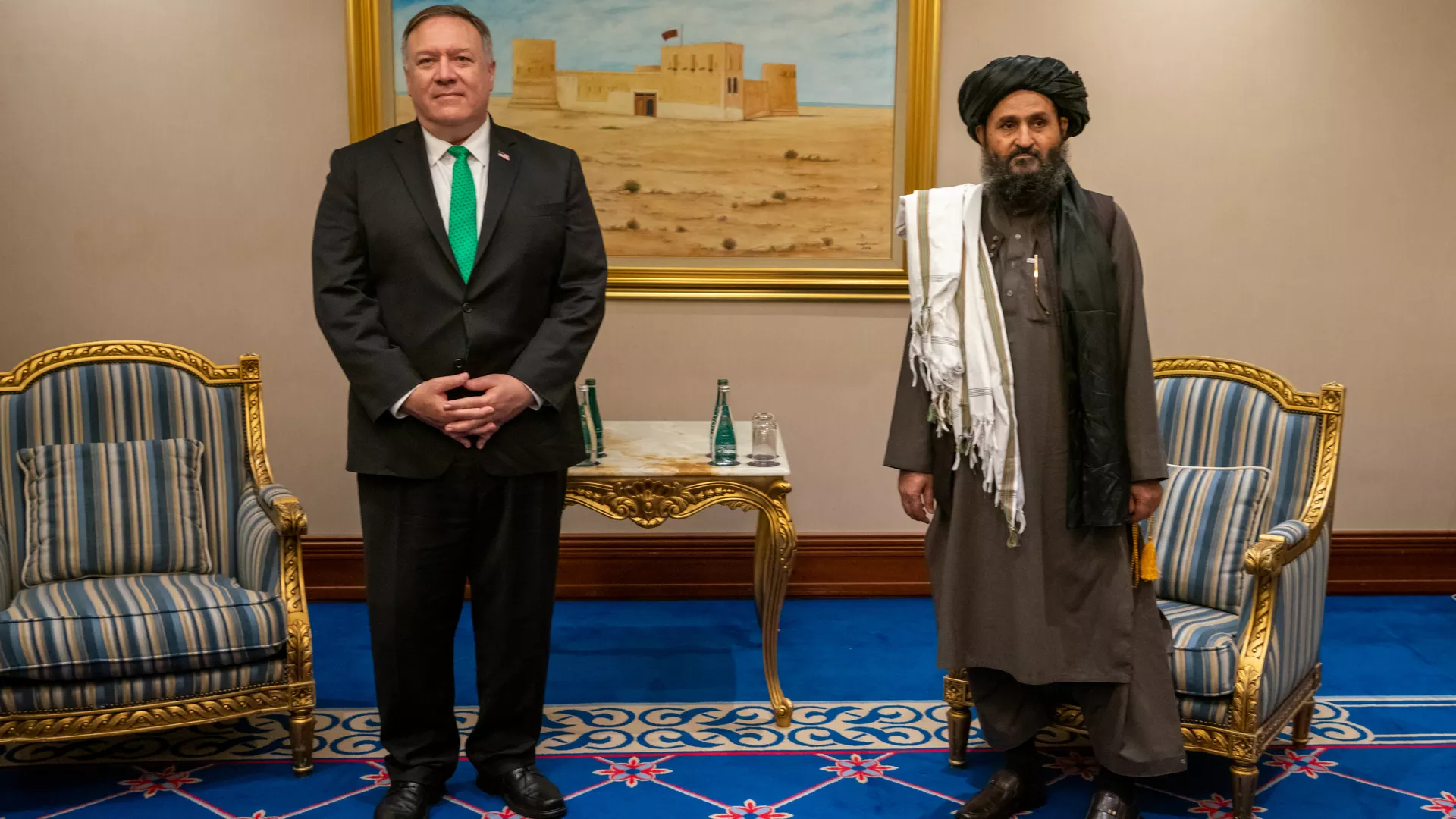 When Trump came into office, it was pretty clear that he wanted out of Afghanistan. “Trump had no real sense of what was at stake in the war or why to stay,” writes Georgetown professor Paul Miller in a digestible history of the 20-year war.

Trump tried something his predecessors hadn’t: he conducted an effort to make a deal with the Taliban. In 2019, Trump went as far as to invite the Taliban to the presidential retreat in Camp David on the eve of the anniversary of 9/11. However, the former President shut that down, and threatened to shut down all talks with the Taliban, after several American soldiers were killed in Kabul, Afghanistan in an attack orchestrated by the Taliban, and there was bipartisan backlash over the invitation.

Despite the threats, talks continued in Doha, Qatar, and on February 29th, 2020, after nine rounds and over 18 months of discussions, then-President Trump finally announced that a deal had been struck with the Taliban. Essentially, the United States was to get out of Afghanistan in 14 months time and in exchange, the Taliban agreed not to let Afghanistan become a haven for terrorists, and to stop attacking US service members.

The Taliban’s side of the deal asked a lot from the group – too much to be realistic, critics said. Not only did the Taliban have to ensure no place in the country was a base for terrorism, they also agreed to take responsibility for any individual who might want to attack the United States from Afghanistan.

And so the deal was in place. America’s longest war was finally going to come to a close. By the time Trump left office in January 2021, there were only 2500 troops in Afghanistan, the lowest number of troops there since 2001. 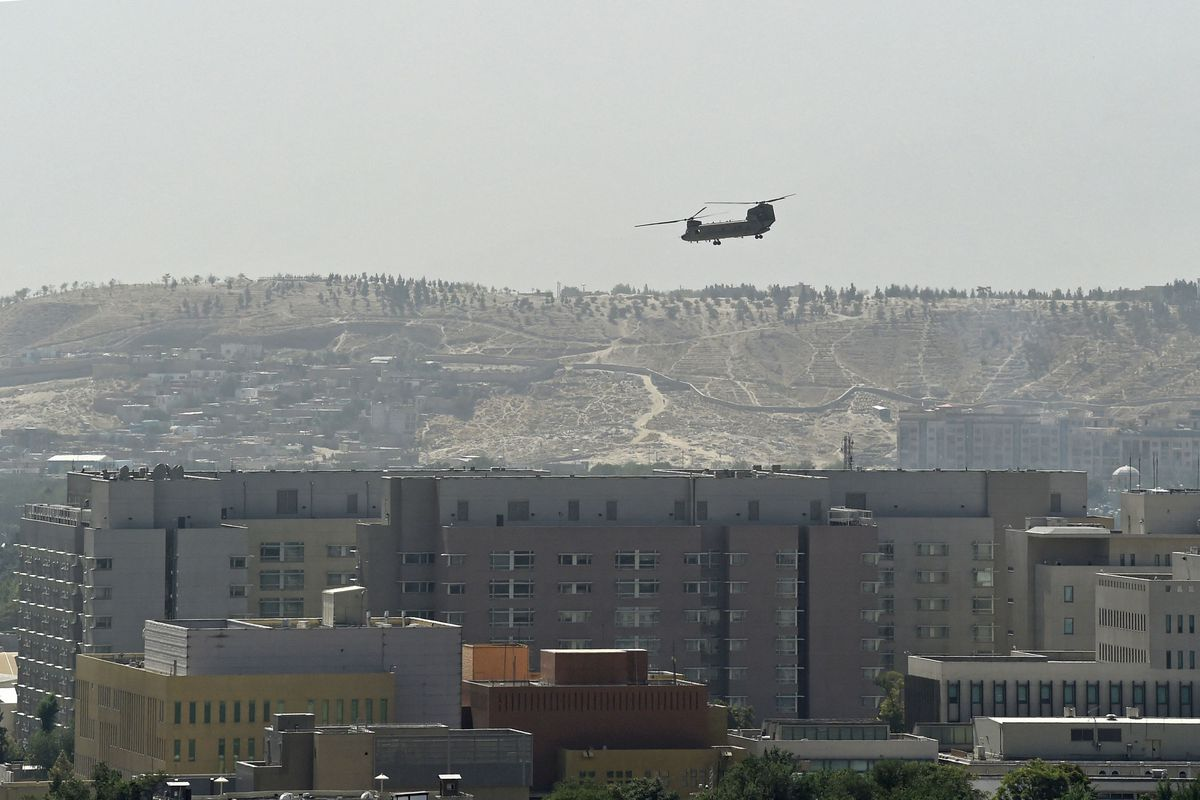 As mentioned at the top of the article, Biden announced in April a full withdrawal of the United States’ military presence in Afghanistan by September 11th, 2021. Biden said the US achieved the mission’s goal 10 years ago when Osama bin Laden was killed while hiding out in Pakistan.

On May 1st, the US began the withdrawal of their remaining troops – about 2500 US troops by September 11th, the 20th anniversary of the war.

The United States admitted that the collapse of the Afghan government happened quicker than they anticipated. The US began a hurried mission to evacuate citizens and Afghan allies who helped the US during the war.

President Biden sent 6,000 troops into Afghanistan to help evacuate American and allied personnel from Afghanistan and to secure Hamid Karzai International Airport in Kabul. But a new deadline – August 31st – still stood for those troops to leave. 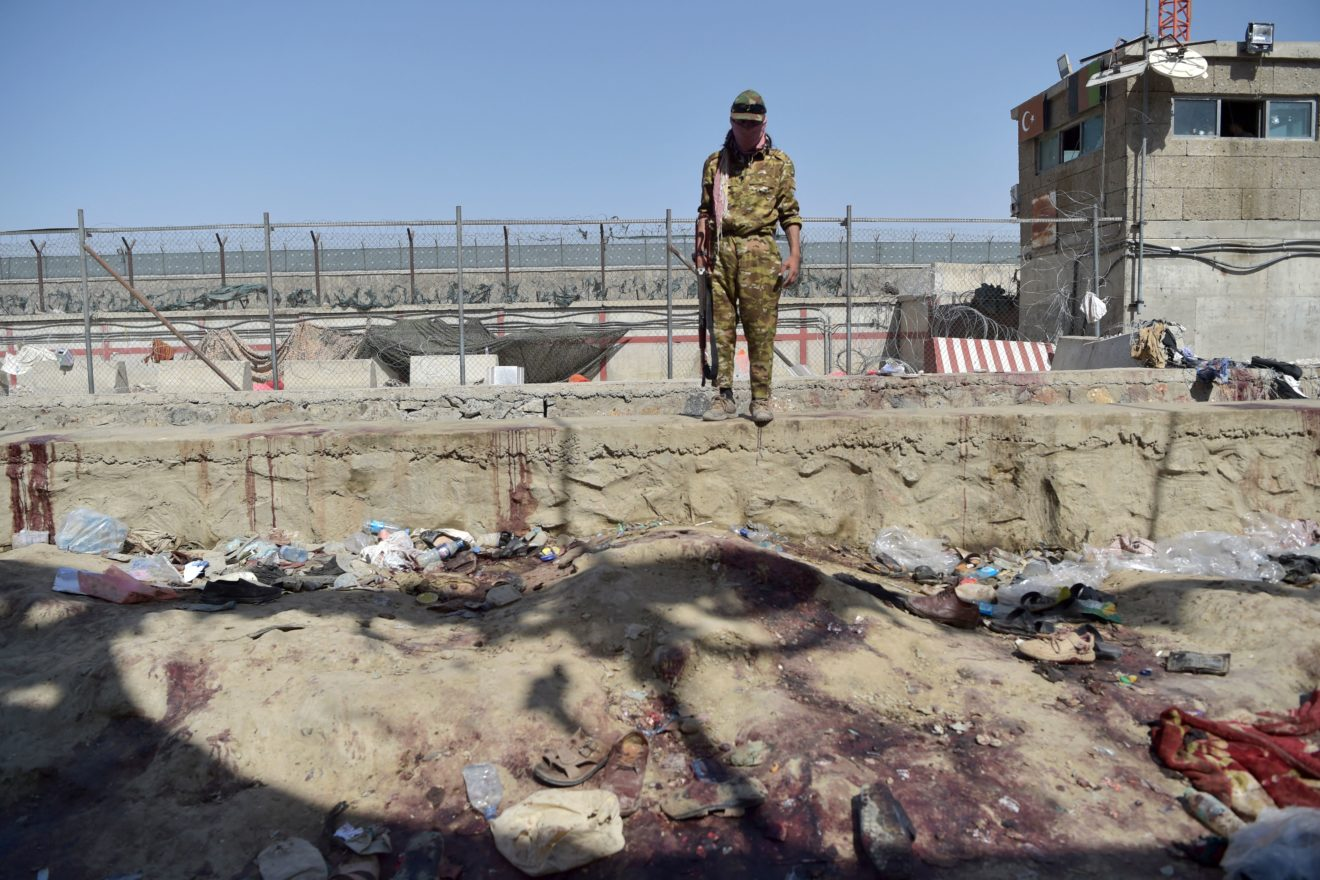 On August 26th, 2021, two suicide bombers and gunmen attacked crowds of people flocking to Kabul’s airport, killing as many as 170 Afghans and 13 US troops. ISIS-K was responsible for the attack.

The blasts came hours after US officials learned that there was a major threat at the airport, and urged people to leave. However, the advice did not do much as desperate Afghans were still trying to escape the country in the last few days of the American-led evacuation before the US officially ended its 20-year presence on August 31st.

The day after the airport attacks, the Pentagon announced that two “high profile” ISIS targets were killed and another was injured in a US drone strike in Afghanistan, a move of retaliation following the airport attacks that killed 13 US troops and at least 170 Afghans.

On August 29th, the US launched a drone strike targeting a vehicle which a US spokesperson said was carrying a suspected ISIS-K member who was believed to be trying to reach the Kabul airport to carry out an attack.

According to relatives, that drone strike killed nearly 10 civilians, including seven children. US officials said at least one ISIS-K member was in the vehicle and that there were several  “substantial and powerful subsequent explosions” following the drone strike, which the BBC said implied there were explosives at the scene. However, relatives of the victims denied any subsequent explosions had occurred and said the driver of the vehicle had no connection to ISIS-K. 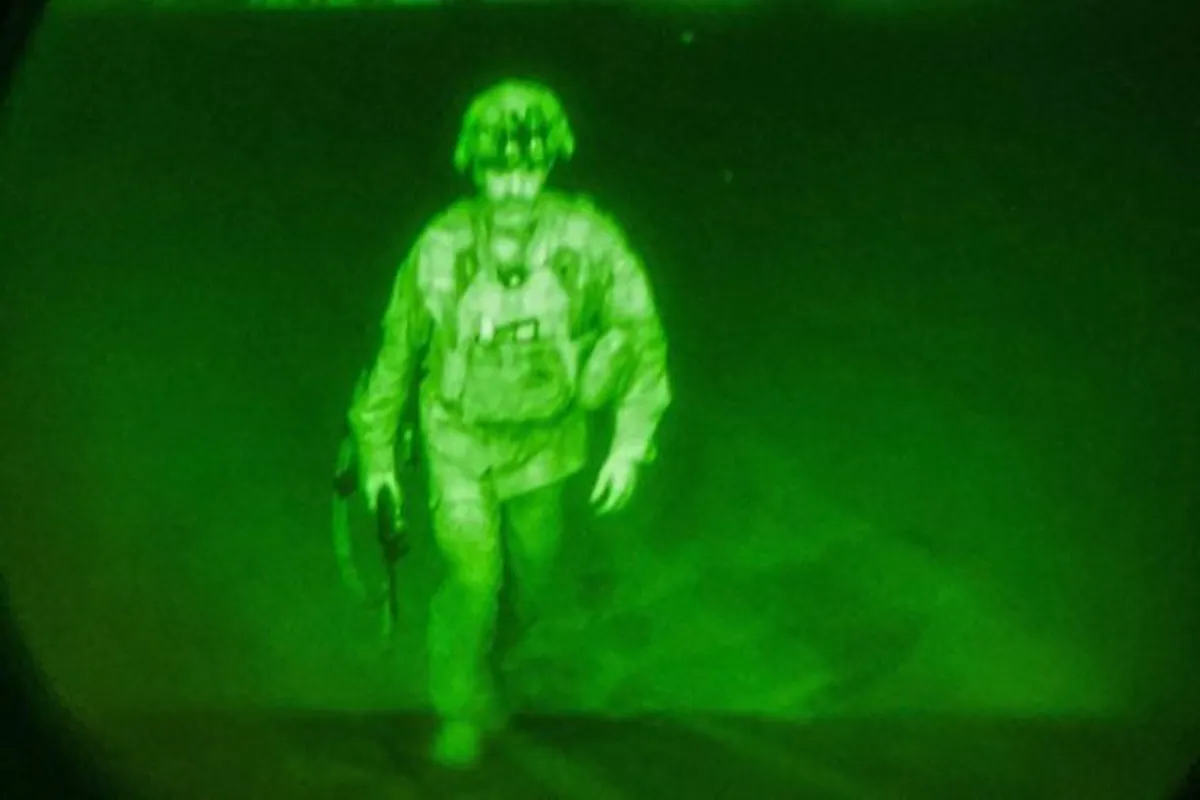 A senior State Department official said that a “majority” of Afghans who aided the US during the war and applied for Special Immigrant Visas (SIVs) were not successfully evacuated, and remain in Afghanistan.

“I don’t have an estimate for you on the numbers of SIVs and family members who are still there,” said the senior official, who was in Kabul for the evacuation. ‘But I would say it’s the majority of them, just based on anecdotal information about the populations we were able to support.”

This is a clear failure on the part of the Biden administration. These American citizens and SIV applicants are in grave danger of being executed by the Taliban and should have been evacuated by August 31st. Secretary of State Anthony Blinken said the US government will help the remaining American citizens leave the country. But there’s no clear way out for Afghan allies.

Despite leaving people behind, America’s longest war came to a close as Maj. Gen. Chris Donahue, the last US soldier on the ground in Afghanistan, stepped onto a C-17 in Kabul, Afghanistan, late Monday night and for the first time in nearly 20 years, there were no US troops on Afghan soil.

The War in Afghanistan ended late Monday when the last US military planes left Afghanistan. The aircraft carrying Donahue and the final US combatants in Afghanistan lifted off at 11:59 p.m. local time, with a minute to spare before Joe Biden’s deadline of August 31st to withdraw from the nation.

Soon after the last US plane lifted off, videos showed the Taliban celebrating with gun fire in the air. Taliban spokesman Zabihullah Mujahid on Tuesday congratulated the people of Afghanistan, saying “this victory belongs to us all.”

The War in Afghanistan spanned 20 years, four presidents, cost the US over $2 trillion, resulted in 2,461 US troops lost, and ended in defeat. The War may be over, but for the American citizens left behind, the Afghans who helped the US in the war and the remaining Afghan population, the war is far from over.