On February 5th, Adam Rothman introduced Akash Kennedy-Ganesh as our next Head Steward. I had a chance to catch up with him and ask him a few questions that have been on the minds of the student body. And if you’re wondering (you probably aren’t), yes… I did steal this idea and most of the questions from Nick’s interview with Adam Rothman last year. 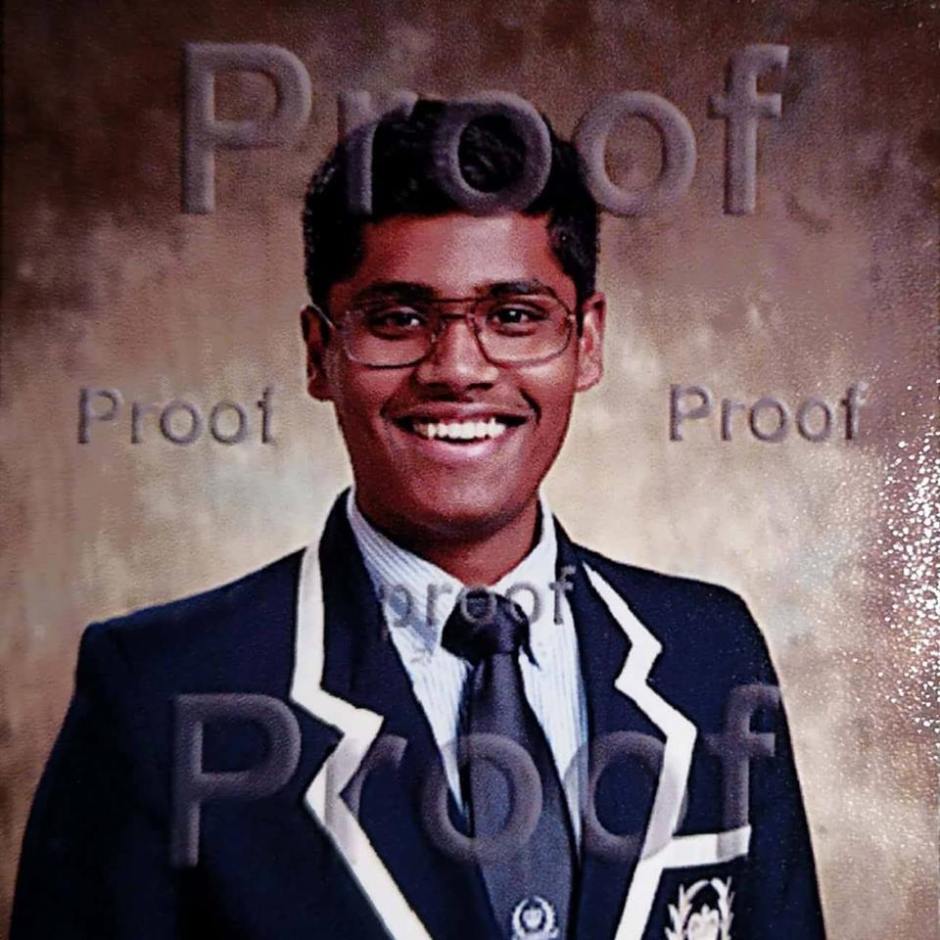 First of all congratulations on being elected. Was there a secret initiation we don’t know about?

Yeah, there was actually, funny you ask. I was called to the quad at precisely 3:00 AM on a Saturday morning, which I found weird.

When I got there, I found the Board cloaked in hooded robes standing around the Colborne statue (whose eyes were glowing bright green) in a circle. They chanted something in Latin, I felt a burning sensation on my forehead, and I fell unconscious. I woke up the next day with a white blazer that cost me my kidney and a scar in the shape of a lightning bolt above my right eye.

I guess I’m a steward now.

What is your first order of business as Head Steward?

I’m not going to say “find a way to bring the LD back”, or “get a new pool”. Change like this is too drastic and sudden to be considered realistic enough to ever be achieved, let alone be the first order of business I attend to.

My initial priority would be to keep watering the seeds of change the outgoing Board of Stewards have planted so well. In this way, I, along with the remaining Board members, can get familiarized with our individual and collective roles. In doing so, I also seek to ensure there is no “agenda reset” brought on by the changing of guard. With this acclimatization understanding out of the way, we can get into the swing of things with full force, collaborate with each other, the student, body, and administration to the best of our capacity in order to plant our own seeds of change.

I don’t believe it’s a Steward’s job to go about making promises about huge, unrealistic changes in their platform, get the boys riled up, get a new item to hang in their closet, a new point on the resume, and get on forgetting about their platform visions because they’re too hard to achieve. It’s about making slow, but steady progress with little improvements here and there that will add up over the course of a few months, or even years. I believe change metastasizes. All you really need is to be willing, show initiative, and make one small, meaningful impact. The rest will follow. It won’t follow immediately, but it will be there eventually.

After all, Rome wasn’t built in a day, change takes time and effort.

While we know a little about you from your platform speech, there is still a lot we don’t know. Can you tell us a bit more about yourself?

If you could eat one Aramark dish for the rest of your life, what would it be?

It would have to be the brown rice and jerk chicken. Other than that, I hear their water isn’t half bad.

Which teacher has had the most profound impact on your UCC career and why?

That title has to belong to Ms. Remtulla.

She’d still snipe me for my hoodie any day of the week, though. Stone cold.

What is the college’s biggest weakness and how would you go about fixing this?

This sounds extremely cliche, but I don’t think you can go very far without talking about the transparency issues. There’s a vast disconnect that exists between administration, Stewards, and students alike. With this disconnect and lack of transparency, friction is inevitably created, leading to frustration and distrust.

Transparency between the Board of Stewards and the larger student body has been increased in the past years, but could be further combated with the utilization of bi-weekly presentations in Assembly about Board meetings. This would reach more people than the few who decide to take a look at the agenda every now and then. Short open mic Q and A’s in assembly between students and portfolio stewards (on a rotational basis) could also be beneficial. There should be full transparency between Stewards and students; after all, Stewards are just students anyway.

Going about the lack of transparency from administration will be harder to address. We have to accept that total transparency from them is not feasible as they deal with countless issues beyond our scope. This being the case, I do however also think steps can be taken to advance in the right direction. For example, whenever administration decides to take on a large project that seeks to change something relevant to student life at the college, perhaps an email could be sent out to the students briefly explaining the rationale behind it, how it will be undertaken, and what the foreseen implications will affect us. This way, students would be less prone to speculation and hopefully will be able to trust administration a bit more.

While it may be hard to tell at times, we’re all on the same team here. Progress is impossible within a house divided against itself.

If you could change one thing about the uniform, what would it be?

I would like to further champion the growing business casual movement.

Contact Darius Mani or Noah Gans for any further inquiry. Thank you.

If you could give any advice to a student entering the IB, what would it be?

On a serious note, I would advise incoming IB students to partake in subjects that they are genuinely interested in. Don’t try to force yourself to take something you know you’ll hate, classes will drone on forever, you’ll despise the teacher for no apparent reason, and the work you do will be uninspired. Take some time to really think about where your passions lie and build your course load around that, you’ll be much better for it.

What is one thing you hope to accomplish next year?

I’d really like to further integrate the student body into the very core of the school. We need to have more of say in what our future looks like.

Let’s face it. I don’t dictate what is accomplished next year or not. The other 16 guys on the Board don’t get to dictate that either. It comes down to all the students at the college, regardless of age or blazer colour. The more we come together and collaborate over possible solutions to the plethora of issues we face as students, the more we can understand the problem itself as well as each other. The more we come together, the more refined our ideas become, the louder our voices will resonate, and the more likely real change will occur. It sounds really corny but it’s not about what I hope to accomplish, it’s about what we hope to accomplish next year.

I’m looking forward to the future. It looks good.

Lastly, how does it feel to be the worst player on the Varsity Cricket Team?

I don’t know, you’d have to ask Faiz Khwaja for the answer to that question.**

**Note: TBAW can neither deny nor confirm that is true