Firstly, let me preface this review by saying Wu-Tang Clan is one of my favourite collaborations, easily on the level of N.W.A, Jedi Mind Tricks, Terror Squad (in it’s prime), etc. That doesn’t make their members untouchable however. U-God’s Skyscraper is a great example of a filler track: A song created with the soul purpose of taking up space on an album. An uninspired beat with very little of punch is met a disjointed flow from U-God. At just over two and a half minutes, the song offers very little story or any development, and is filled with weak clichés and simplified rhyming. The chorus offers very little as well, consisting of U-God whispering the word “Skyscraper” in repetition. Repetition wouldn’t bother me, but at such a short song length it strikes me as lazy. U-God, I love ya, but you’re better than this. 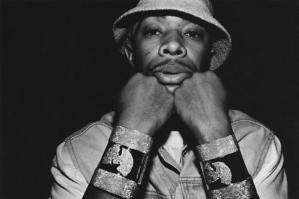 A-F-R-O – Definition Of A Rap Flow

It’s been a while since a song has left me smiling like A-F-R-O’s Definition of A Rap Flow has. Come to think of it, the last song that made me this happy was R.A The Rugged Man’s Definition of a Rap Flow, the song that this one samples. What I love most about this track is that you can tell A-F-R-O is having fun, and as the listener, you can’t help but enjoy yourself. The song is brimming with energy, and A-F-R-O uses interesting conventions to keep the momentum of the rhyming. One example is when he changes his style multiple times throughout the song. My favourite style is used twice, about midway through both verses. He raps quickly with an almost “circular” sound, getting louder on some words and lowers on others. This may be confusing now, but you might be able to see what I mean if you listen to the track. Amazingly, even at speed he still places lyrical value in his track, tying his words together with tight alliterations. Simply put, A-F-R-O has definitely defined rap flow.

In the first twenty seconds of this song, I thought for sure this was going to be my least favourite of the three selected songs. The chorus immediately made me think of 2007 rap: hi-hats, tasteless message, and the disjointed style where Every. Word. Is. It’s. Own. Sentence. With this first impression, I was ready to write this song off. Then Benton started rapping and my spirits perked up. It’s not the most impressive rapping I’ve heard from Funk Volume (Benton’s Record Label), but it doesn’t need to be to save the song. As I write this, I have listened to the song about four times and I wouldn’t recommend it personally. That being said, it is interesting to see a song open with a chorus so terrible, but have rhyming that is decent. It’s almost surreal considering most of the hip-hop on the radio. Before I forget to mention, SwizZz is bad. Anyway, take a look if you have a few minutes, but don’t expect to be blown away.