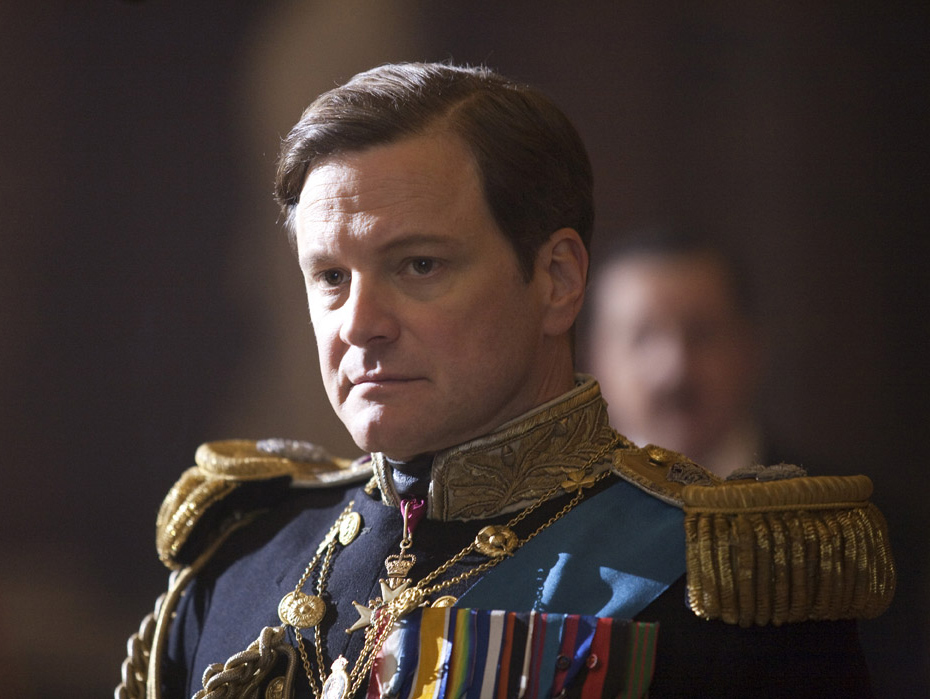 With ‘The King’s Speech’ having been nominated for 12 Academy Awards, it seems almost redundant to point out that the historical drama is a sharply effective film – one able to effortlessly draw its viewers into its grand parade of cultured British pomp and uplifting sentiment. Yet it is worth attesting that Tom Hooper’s stately period piece is not merely a crowd-pleasing parlour trick, but a generally impressive piece of cinema that – despite its not inconsiderable shortcomings – transcends the often desiccated conventions of its genre to deliver an engaging and compelling experience.

Set amidst a flurry of monumental speeches, resignations and mounting historical turmoil, ‘The King’s Speech’ concerns the reluctant ascension of Albert Frederick Arthur George (Colin Firth), the father of Queen Elizabeth II, who inherits the throne following his elder brother’s scandalous abdication. As Britain inches closer to its portentous declaration of war with Germany, the newly coronated King George VI attempts to overcome a debilitating stammer by enlisting the services of the maverick speech therapist Lionel Logue (Geoffrey Rush). A surprising friendship develops between the two men, and Logue strives to endow the new king with the eloquence, and perhaps even more importantly, the self-confidence that the nation so desperately requires of him on the eve of World War II.

Where ‘The King’s Speech’ succeeds most completely, it is almost overwhelmingly due to the acting of its leads. Indeed, the piece is simply bursting at the seams with bravado performances, of which by far the most noteworthy is Colin Firth’s magnificent turn as the eponymous royal. Crafting a subtly nuanced performance that breaks upon the film like a wave of raw humanity, Firth’s troubled ‘Bertie’ positively ripples with uncertainty, arrogance, anxiety and determination. When he gulps impotently at the air, rendered mute by the unforgiving glare of the microphone, the pain is palpable. And each strangled pause, haughty mannerism and nervous tic is so totally embraced that he exudes a heightened verisimilitude, becoming utterly lost in the role. Almost equally delightful is Geoffrey Rush, who provides an impassioned performance as the at once irreverent but earnest Lionel Logue; importantly, he lends the piece a roguish enthusiasm that perfectly offsets Firth’s pathos-pumped showing. Indeed, the therapy scenes struck me as the highlight of the film, due in large part to the dynamic onscreen relationship between the two actors. And Helena Bonham Carter rounds off the triumvirate with a suitably royal portrayal of Albert’s wife Elizabeth; despite being noticeably more subdued than her co-stars, she provides a layered performance that aptly balances the queen’s prim and dignified exterior with a subtle, inner tenderness.

But the film does have pitfalls, perhaps the largest and most detrimental of which relate to its plot. For though it is arguable that the factual basis of the film ensures its intrigue lies in dazzling character development as opposed to unexpected narrative twists, upon stripping away the monarchical import and outstanding performances, one simply finds a run-of-the-mill tale of an underdog who, faced with a momentous challenge, grapples with his inner difficulties and eventually rises to the occasion. Admittedly, the formula proves successful here, but only in the most meager, perfunctory sense, managing to provide a viable framework for an acting tour de force, but offering little in the way of original (or even thought-provoking) thematic substance. And despite generally employing – perhaps even exploiting – its inherent emotional appeal well, the film does at times overemphasize its own poignancy in apparent fits of melodrama. Particularly near the movie’s conclusion, certain scenes seem to dissolve into a puddle of mawkish sentimentality, something that only undermines the otherwise gripping character studies on show. Nonetheless, excellent dialogue and aptly tuned pacing ensure this fault remains merely irritating as opposed to devastating.

Ultimately, the film revolves around Firth’s performance, and his character’s nuanced relationship with the congenial but demanding Logue. As the therapy takes on an almost psychoanalytic redolence, Albert (and the audience) comes to understand that his self-confidence is as broken as his speech, and that conquering his stammer in order to lead the nation will involve not just practicing articulation exercises, but finding the inner strength to speak out in spite of his ingrained inhibitions and anxieties. And it is in its touching analysis and portrayal of this aspect – the emotional struggle of a conflicted and challenged individual – that ‘The King’s Speech’ truly triumphs.