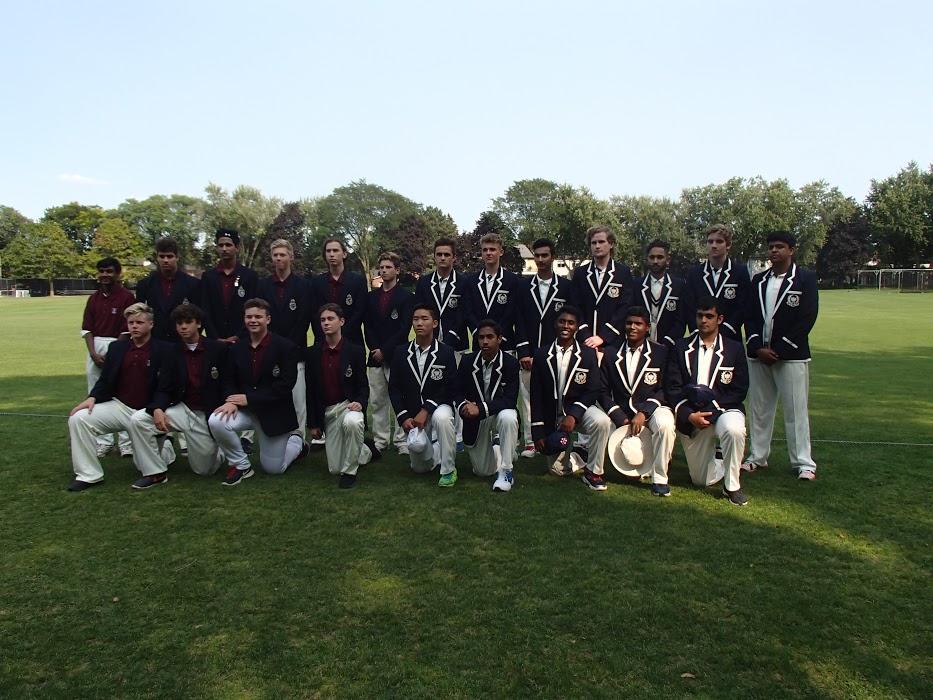 Since the very founding of Upper Canada College in 1829, the sport of cricket has played a fundamental role in shaping the school’s history. It was the first sport to be introduced to the school in 1836 and produced many quality players, many of whom went on to play for the Canadian national team. While in recent times cricket in Canada has given way to more mainstream western sports such as baseball or hockey, cricket is alive and well; it is currently the fastest growing high school sport in Canada. This is epitomized at the college, where in recent times the cricket team has performed extremely well having won the CISAA Championship three times in a row. Prior to this resurgence, they were without a CISAA Championship since 2005. This gain in popularity comes at a good time: 2017 marks the 150th anniversary of the first cricket match between Upper Canada College and Trinity College School. From this first match blossomed a healthy rivalry, with the teams taking each other on almost every year. To celebrate this occasion, a friendly match followed by a dinner was scheduled at the Toronto Cricket Club.

For those unfamiliar with cricket, it is not unsimilar to baseball in the sense that one team bats and the other team fields. After one team is finished batting– either by facing the number of balls allotted or having 10 of their batsmen get out– the other team bats and attempts to chase down the score in the same number of balls. Cricket matches can be of many different lengths, usually dictated by the number of overs (1 over = 6 balls).

While this 20 over encounter between UCC and TCS was originally supposed to take place in May, the game was postponed due to some unfortunate bad weather and rescheduled for September 16th. Nevertheless, in the months leading up to the match the team worked hard to hone their skills and impress the old boys of both schools. The day kicked off with an old boy game where UCC was triumphant, chasing a small score of 82 comfortably. With the increased confidence gained from the Old Boys’ victory, the current UCC team was set to take on TCS.

Due to a lack of returning players, both sides agreed to play with limited alumni who graduated in recent years. The UCC team welcomed back former captains Shahmurad Lodhi and Joshua van Marken, who would play under the leadership of Faiz Khwaja. UCC won the toss and decided to bat first. Initially, the team struggled against some fast bowling by TCS alumni, losing 4 wickets for under 10 runs. However, Shahmurad Lodhi and Faiz Khwaja, thrilled to be batting together once again, helped the team recover before Lodhi was dismissed for a score of 22. While the team lost wickets at regular intervals, there were enough contributions down the order for them to rack up an impressive score of 138, largely thanks to the lush outfield of the Toronto Cricket Club. Khwaja top scored with an unbeaten 84.

In reply, TCS were immediately put under pressure by some excellent opening bowling by Lachlan Rigby. In the middle of the innings, Akash Kennedy-Ganesh also bowled superbly, taking several key wickets at important times. Shahmurad Lodhi also contributed to the Blues’ success, bowling a great line and length after a long absence. Standing on the field, it was clear that everyone felt the history upon which this match was placed. With the eyes of old boys on them, the UCC players showed true commitment in the field, consistently diving to stop runs and making catches regularly. It was the way the team banded together that helped them restrict TCS to 105, ensuring a victory. 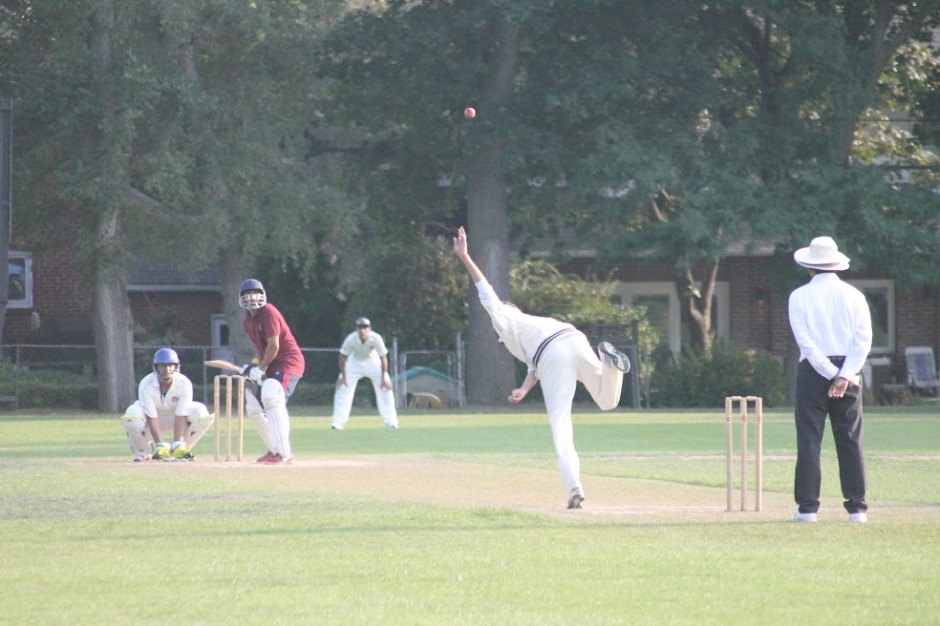 However, what was more important than this victory was the match itself, commemorating the rich foundation on which cricket at UCC is based. The players, coaches, old boys, and headmasters of both schools were all treated to a wonderful dinner where a number of speeches were made emphasizing just how momentous this occasion was. To put the historical significance of this encounter into perspective, the first match between these two schools took place in 1867. This means that this rivalry predates the first World Series by 17 years, the first Stanley Cup by 25 years, and the creation of basketball itself by almost 30 years. It is amazing to be able to say that a sport that holds so much history is still going strong. The Blues will seek to retain the CISAA Championship for the fourth time in a row later this school year.