So … uh… I’ve been entrusted with the hard task of recalling and writing about Batt Ball. The fact that I’m beginning to write this a week after Batt doesn’t help. Anyways, I’ve divided the night into 8 fundamental components: Pre-Pre-Pre (school), Pre-Pre, Pre, Bus to Palais Royale, Palais Royale, Bus to After, After, and After-After.

Think of the night like a very sloppy 5 8 Act Shakespearean masterpiece, crafted with care by genteel individuals looking for #onelastrip and edited for content by E.W. himself.

While not a part of the night itself, good pre-performance is essential for a good Batt night. Pre-performance encompasses everything from finding a date to getting a corsage to finding a pre and an after.

For some, pre-performance could be a long but relatively easy road spanning anywhere between weeks and months. These lucky few are usually in committed relationships, or working (and succeeding) on one. With the hassle of finding a date out of the way and an understanding of their date beyond “idk shes chill”, everything else becomes easier.

For others, this portion is a hectic 3-week span. Everyone in this group have different experiences here. Some spend a week in a tropical island, trying to find his soul-mate; others might have forgotten about corsages until the day before. Spiegel faced this period in stride, pulled a power move with a pre-Batt gram’. Follow @sillkessel

I skipped all that drama by asking a quasi-stranger to be my date before implying I’d spiral towards mental health problems when I got impatient for an answer. Key word here is genteel, boys. Couple questionable plays and a 7-day snap-streak later its Batt Ball. Wee-hooo.

If I was to be honest that whole Spirit Week was a weeklong pre for Batt, but for the sake of time I’ll only be talking about school on Friday. Classes were attended with the same candor that IB2s after March Break always have, but there was electricity in the air. It was Batt Ball Night. Assembly was followed by the usual sermon of the Church of the Drug and Alcohol policy and a reminder of the week’s earlier words from the visiting preachers of the Order of the Consent Workshop. Then, like leaves in the last weeks of fall the genteel individuals floated away from their various branches of school to some arbitrary appointment or another. Some visited St. Louis for some delicious wings and the best waters in the neighborhood. Others picked up their tuxes and corsages for the night. Personally, I “ciao-ed” P4, took a quick power nap. Sleep is key.

The stage is set for a La La Land-esque night of refined music and elegant dancing.

Pre-pres are usually kickbacks where the boys come together to begin assembling façades of approachable, well-behaved lads. Grierson and Brandon graced the one I was at with their presence. There was no such attempt at the façade. They were wearing kilts.

Pre-pres can also be a tactical roundtable of sorts. As the lads get hydrated, stratagems and battle plans are flung back and forth: an impromptu film session with one goal, find the best plays in the playbook to maximize your runner’s routes. Idk, maybe I just hang out with degenerates and this doesn’t happen at your typical pre-pre.

Our protagonists begin to emerge from comfort to face another adventure.

Like that one scene where all the characters come together at Elrond’s badass base in Fellowship of the Ring, skwads from all corners of Toronto converge to the large, well-furnished house of a friend too smart to hold the after. Handshakes and hugs all around as the congregation builds. Skrew Palais Royale, this is where Batt Ball shines with its greatest sheen. Everyone is looking (and acting) their best: corsages delicately strapped onto gentle wrists of the true stars of the night, boutonnieres deftly pinned onto proud, unwrinkled lapels, shoes not-yet-muddied, nails not-yet-broken, bladders not-yet-tested. This is primetime for the grams.

“Once more unto the breach, dear friends, once more for one last rip” – King Henny the Fifth

By the time buses arrive everyone is adequately prepared for the strenuous exercises of making it past the phalanx of teachers at the door and dancing in formalwear. Now, buses come in many different variations with different lighting and seating arrangements. Some turn out to be too small for the number of people at the pre, which, depending on the situation, could be a good or bad thing. Some come equipped with poles, for structural support, I guess, which is definitely a good thing. Buses are great to really get to know your date, especially if you don’t know her very well. Time to ask her: “What are your dreams and aspirations?”, “What do you want in the life beyond the confines of the prison that is school?”, “Who are you reading?”, “What’s your favorite color”, “What do you think of the guys in kilts?”. Time that could give birth to countless other ones: a happy memory from which many more spring. It could also be time to say “screw that” and pull out your phone for a SnapChat story before scrolling down your feed to look at 50 other identical snap stories. Bus stops. Moment gone. The still-quasi-stranger takes your arm as you walk through the doors to introduce her to the world’s most interesting man: Carl Beaudoin. His Clark Kentian glasses glimmer under the coloured lights. What a specimen.

Like dominoes all plotlines and twists have been set. The night’s narrative just needs a nudge in the right direction.

Palais Royale is a magical place. Marble columns and arched roof. The nicest bathroom I’ve seen since mistakenly walking into the staff bathroom on the first floor. It is a place that has held countless weddings and anniversaries. A place full of love (and sometimes unrequited love)

Here the boys pull out all the stops. Juju-on-that-stanky-leg-into-a-360-whip just to warm up type-shit. It is make-or-break time. Those who make it are set for the rest of the night. Those who don’t continue to try. The dance-floor thrums with excitement, the boards creak under the weight of celebration. But one can lose one’s date in the whirlwind. And trying to find her amongst the masses is a task that only cuts into your precious venue time. But you do it anyways because you’re genteel. After a couple passes through the moving limbs and a sweep of the lower floor, you almost give in. And BAM. There she stands. The most exquisite creature you’ve ever laid your eyes upon. Mysterious, you barely know her, you’ve only met her a couple times. Elusive, yet there all along with all her sweet glory, always giving. Her tanned skin glistens in the light, turning a different shade as she moves with the grace of flowing water and the power of a waterfall that stops your heart. And then I looked to the right; next to the chocolate fountain stood my date. A couple songs and a photo that took way too long to line up for later the bus was there to whisk us off into the night once more. 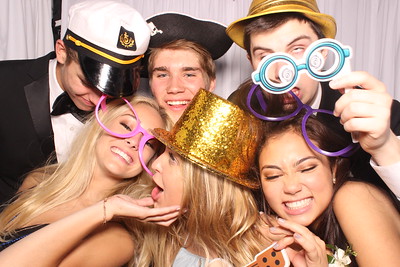 Act VI. Bus to After

As groups flock to the door for their respective buses, some struggle against the current: no date gets left behind. As numbers are counted and buses roll out, everyone leans back for a breather. Many a corsage and boutonniere have been stripped, damaged, or completely discarded. The sheen of perspiration from dancing is wiped away from foreheads. Many begin to prepare for the … more untamed environment to come. Most begin to rehydrate. Dancing is dehydrating work.

“Yo is this play a comedy or a tragedy?”

Dates disembark arm in arm onto the paved drive-way of yet another large and well-furnished house. Some huddle for warmth. Excited chatter flies back and forth as people slowly make it indoors. Your date mentions she’s into cinema. Jackpot. You take HL Film. Crawfdaddy has your back. You begin talking out of your ass about Tarkovsky and his mastery of the craft, about Kubrik’s involvement in the faking of the moon landings. It was going somewhere until you both reach the threshold and your bladder reminds you of your earlier predicament. You run forth in desperate abandon. “I’ll be right back, let’s keep this going”

“I wonder if they all die in the end…”

If the after is one last chance to alter the course of the falling dominoes, the after-after is the fallen pile that is the conclusion of the night. For some the dominoes fell favourably. Bravo. For others, they didn’t. Apparently, mine fell in the shape of two golden, majestic arches (McDicks). According to eye witness accounts I was struggling with my Big-Mac…

“Holy… this is a long and annoying article”