“Do you like hurting other people?” asks the mysterious man in the chicken mask in a Hotline Miami cutscene. This addresses one of the primary criticisms levied at video games, the violent tendencies they supposedly espouse in youth. In Hotline Miami, you play as a spree-killer who uses a Dexter-style solution to the “problem” of the powerful Miami Russian mafia at the behest of a voice on his answering machine. While the game doesn’t have the appearance of offering social commentary, or even a particularly good plot, this is for the better, as the purpose that many people, including myself, bought the game for was just violent, bloody fun, and then were taken off-guard by the criticisms of violent video game culture. 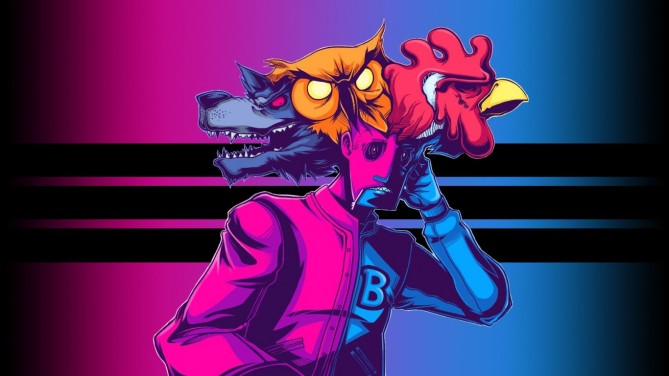 The game introduces this subtly, when you finish a spree of killing gangsters, the high-energy synth music fades and becomes a high-pitched buzz as you retrace your steps through the level and survey all the carnage you’ve caused as you leave to the car to move to the next level. The direct criticism comes during the delirious coma dream that composes the first two-thirds of the game, where the unnamed main character puts together the events that led him to this state.

During his dream, he encounters three characters dressed in the animal masks that he wears during his killing sprees, all of them grilling him about why he does this. These range from the generally polite horse-masked woman, asking “do you really want me to reveal who you are?” to the vicious owl-masked man showing aggression and disgust towards the main character, calling them a “bad person”. The final shot at the wanton aggression that many people play video games for is the reveal after the end game that your string of violence has accomplished nothing, and in fact you were just a puppet who played into the hand of people who took everything from you.