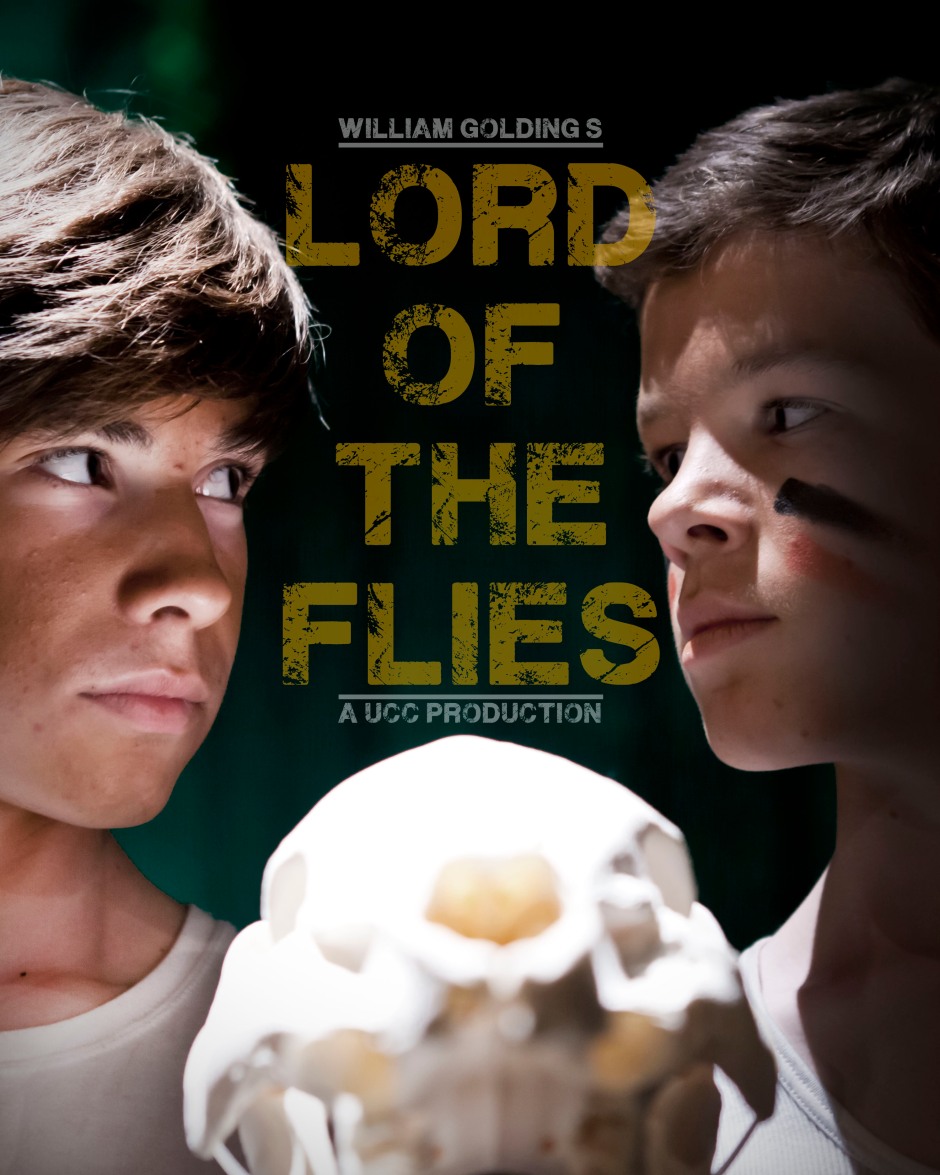 I’ll be blatantly honest for a second: I didn’t expect much out of last week’s UCC stage adaptation of William Golding’s classic Lord Of The Flies. Call it a predisposed mistrust of all things Idiv, but I went in wondering what I was doing at a Y1/Y2 play, and whether the fact that it was tickets gratis was a bad sign. To all those involved with the production, I’m truly sorry, but that’s how I felt: wary and a little cynical, with a bit of senior-division pretension thrown in. Ms. Metalin and co. can, at least, revel in the fact that they proved me quite wrong. The boys portrayed the gruesome tale of degeneration, savagery, and primal instinct with considerable maturity and ability, each actor a great representation of his role.

For those unacquainted with the story (and I recommend you go about acquainting yourself), the plot in short is this: a plane ferrying a group of British schoolchildren has crashed on a remote and deserted island, presumably during a nationwide evacuation due to impending war. The only survivors are boys between the ages of 13 and 14; they are confused and argumentative but overjoyed at the prospect of self-governance and life without adults. Quite soon, your typical caricatures begin to show themselves: the morally sound protagonist, the ambitious nemesis, the bespectacled and orderly know-it-all, the brutes, the twins, etc. What begins as an archetypal coming-of-age adventure, quickly degenerates into something much more sinister as the children revert to brutality and savage abandon, murdering those who refuse to yield to primal instinct. All this striking and eerie violence translates quite well to the theatrical production. We see firsthand the degeneration of the islanders, their tattered schoolboy uniforms giving way to war paint and loincloths, their neat haircuts becoming tousled and frenzied. The islanders fight with crude spears as the set cycles between day and night. I was especially impressed, though, with the actors’ portrayals, which showed a good deal of polish and thoroughness. Jake Bradshaw was an especially convincing savage antithesis to Nestor Grandal’s clinging-to-morality Ralph; George Ren conveyed an orderly and dweebish Piggy; Liam Meneley, Colin Lada, and Lucas Manucha were often comedic in their unquestioning loyalty to the “hunters”; Imran Jessa fulfilled one of the play’s greatest scenes with his raving tirade at the foot of the hog’s head; and the duo of Alan Harris and Alex Roberts displayed impressive co-ordination in their depiction of the inseparable twins, Sam and Eric. Certainly, any of these boys have a great UCC theatre career ahead of them should they choose to further pursue one.

In short, this year’s Idiv production was a resounding success, an hour of theatre I’d highly recommend were there any more dates. Undoubtedly, Lord of the Flies was a perfect work for this group as the ages of the cast and characters are identical, but it took something more than that for them to so successfully dramatize Golding’s comment on the illusion of human “civility” and the elemental urges that control us all.