It’s hard to go wrong with a game solely based around duking it out against your friends with your favorite video game characters. This sentiment is echoed wholly in the Nintendo franchise that goes by the name “Super Smash Bros.”, or “Smash” by the more dedicated fans of the series. Super Smash Bros. has remained to this day one of Nintendo’s most popular franchises. Oddly enough, despite the immense popularity of the series, there have only been four iterations of the title in the entire 16 years of its life, Smash 64, Melee, Brawl, and Smash 4. I’m going to gloss over the history of the first three games as Smash 4 is still in its infancy and opinions of the game still need to be formed.

Released in 1999, the first of the series was in instant hit and completely took the fighting genre in a completely new direction. One now had complete control of their fighter; Instead of having to memorize complicated combos and being restricted to the ground, the character could traverse the stage how they pleased to fight the good fight. Another change that took many by surprise was instead of a health bar decreasing, percentages went up, and in order to K.O someone they were needed to be knocked of the stage completely. Partly due to the game being mostly an experiment on Nintendo’s part, this version of Smash contained only 12 playable Nintendo characters and 9 stages, but due to the monumental success of this game a sequel was released two years later.

Now with a more than doubled roster of 26 playable characters and 29 stages Super Smash Bros. Melee was an instant hit the moment it released. Melee had become the highest grossing video game of that system, selling a whole 5 million copies for the Gamecube. Why was this game such a success? Simply put, aside from a complete revamp of the graphics and the addition of a few new modes, the game went much deeper. 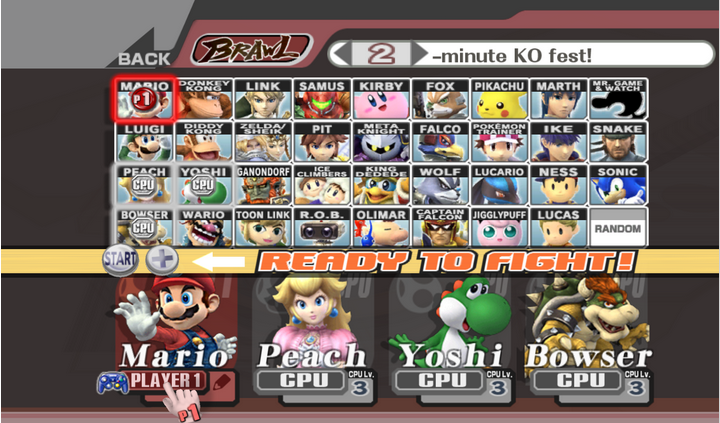 To start, the game was much faster paced than it’s predecessor and attracted many players interested in tournament play. People started to understand the potential the game had for higher level play. Crazy right? As time went on players uncovered many tricks they could get their character to do in the game, which is clearly evident in the video shown. The most notable example being wavedashing, but other skills such as l-canceling and shuffling are masteries that are just as important for higher level players to consistently achieve. If it weren’t for the level of play the engine allowed for, the hype for this game wouldn’t be the same, and wouldn’t be played by as many fans over a decade after its release and even have a documentary be made about it. 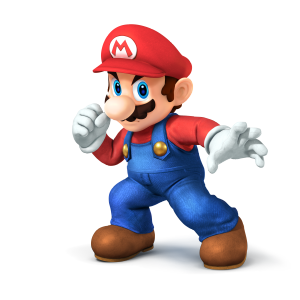 12 million sales, more than double that of Melee. The hype for this game was real. Super Smash Bros. Brawl was (after a three month delay) released on January 31th 2008. Many dedicated fans of the series held high anticipation for the title that would succeed the all-mighty Melee. 39 characters, countless stages, how could they go wrong?

In many ways apparently.

The game was radically different to its prequel. The diehard Melee fans who had hoped for a game as competitive as the last were met with a completely dumbed down sequel. The game was literally slower, wavedashing made impossible, balance issues within in roster, and random tripping had completely ruined the competitive edge to the series, which turned many players back to the arguably better Melee. Some players tried to take it upon themselves to mod the actual game data of Brawl to make it more similar to its predecessor, the most popular of these mods being Project M, but in this day and age there is a rift in the games’ fanbase, with the majority of competitive players still playing Melee.