So today was Pink Day – a casual dress day in support of anti-bullying – and I was pleasantly surprised by how many people actually wore pink. I figured it would be one of those things where a few guys wore pink t-shirts and then the rest of them took a sticker on the way to assembly. However, it turned out that there were some significant fashion statements made, by students and teachers alike.

Everyone’s favorite disciplinarian was breaking all the rules in a short-sleeved Hawaiian shirt, a red-and-pink necktie that was just ironic enough, and black pants.

I Pink, therefore I am.

Our favourite philosophy teacher looked like he had just walked off the runway and into the classroom in a vibrant pink tuxedo shirt, black sport coat, and jeans. And IB2 student Jesse Shulman (who was standing on a chair for some reason) rocked a pink pair of waders that Dr. Hamr would be proud to own, accessorizing with a not-pretentious book and black boots.

IB1 student Peter Hannon looked like a baws (his words) in a pink T, bandana, and wayfarers. 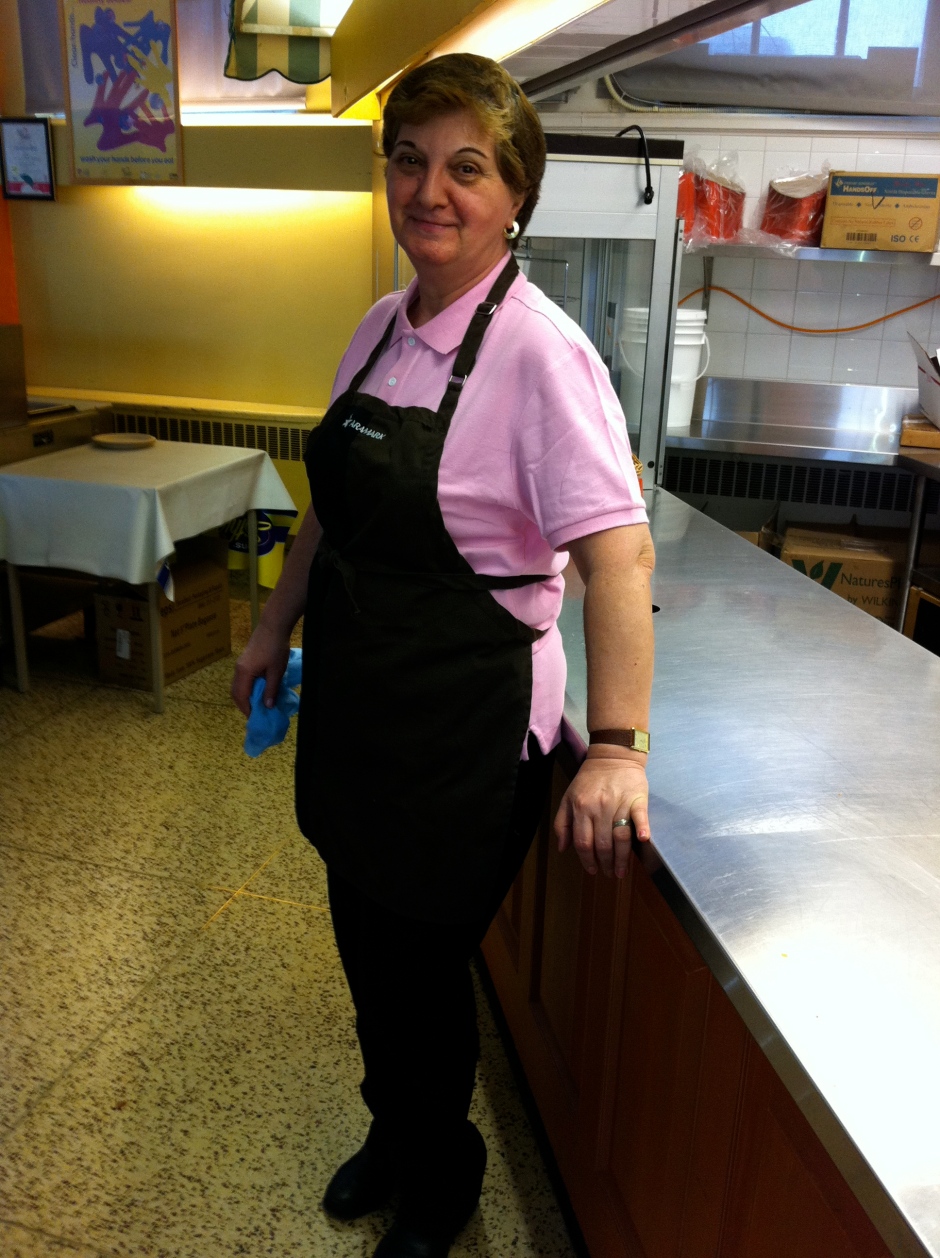 I’ll have what she’s having.

Maria served up high style in the LDH, pairing a classic pink collared shirt with a chocolate brown apron.

Guy in a sweater in the foyer.

IB1 student Sebastian Marotta proudly wore a coral sweater. What amazing taste he has. I’d give him a 45 IB total based on that look.

An algorithm for style.

Ms Timusk, faculty head of the best house in our school as well as brilliant mathematician, smiled for the camera in her bright pink sweater in Higher Math. IB1 Simran Singh Ahluwalia had a splash of colour on his head.

When Alex Romoff showed up to school this morning in his uniform and remembered that it was a casual day, he quickly ran to TUBS/the lost and found/the garbage bin and put together an outfit. Alex looks perfectly at home in sweatpants and a pink hoodie and hat. 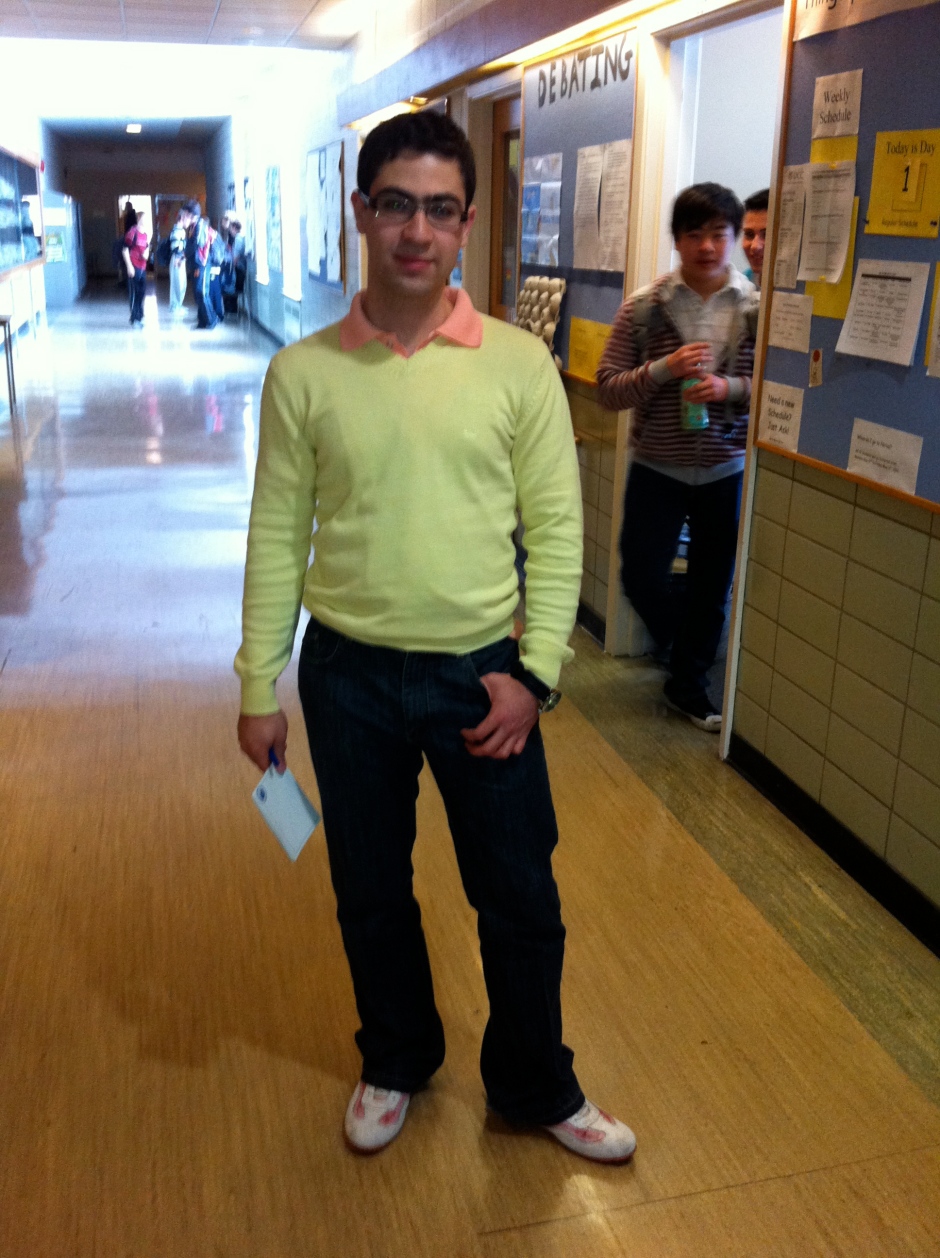 Classy is really the only word that can be used to describe Shahab Fadavi. In a pink golf shirt tucked underneath a celery sweater, complete with jeans and pink-white kicks.

IB1 Max Carnella wore his sister’s pink t-shirt underneath a purple sweater complete with sunglasses and skater shoes. With an outfit that creative, who wouldn’t vote for him?

IB1 Francois Kenny did something scientific with a beaker of water in Systems class, not letting his injury get in the way of his personal style with a pink tanktop and sweatpants.

Someone call an exorcist because IB1 student Tyler Topolinski has a fashion demon inside of him in a pink Ralph Lauren polo. There might also be something wrong with him.