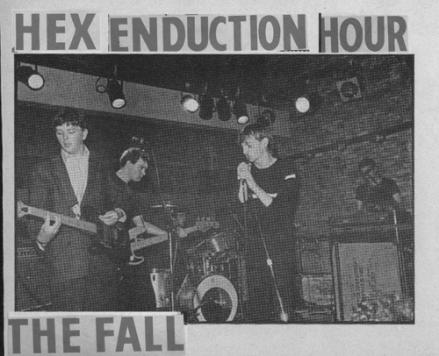 “I’ve never felt better in my life,” Mark E. Smith sneers on The Classical, the opening track on The Fall’s seminal 1982 album Hex Enduction Hour. This line couldn’t have been further from the truth. By 1982, internal fighting and problems with their label Rough Trade Records were tearing the group apart. After just four LPs (five if you include Slates), Hex was supposed to be their last. But, in what was soon to become typical Fall fashion, the band miraculously persevered; Smith fired a few members (guitarist Marc Riley was dismissed on his wedding day), ditched Rough Trade for Beggar’s Banquet, quickly found new members and carried on. This cycle of hiring-and-firing would soon become the norm over the band’s 35 years, 66 members and 29 albums. But if the band had imploded after Hex, they would have been hard-pressed to write a finer farewell.

END_OF_DOCUMENT_TOKEN_TO_BE_REPLACED 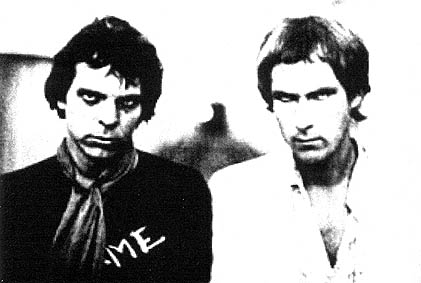 Quick, what are three things Chrome and the Wipers have in common? If you guessed loud, awesome, and completely forgotten, you win! Bonus points go to the guy who guessed that I will be reviewing both bands’ seminal albums (Half Machine Lip Moves and Youth of America). As Chrome are slightly more awesome, they get to go first.

END_OF_DOCUMENT_TOKEN_TO_BE_REPLACED

When Metallica recorded their fifth album in 1991, they found themselves at a crossroads. With four thrash classics under their belt and inches away from commercial acceptance, they could have continued producing critically acclaimed material or they could finally break into the mainstream. When The Black Album was released, it was obvious which route they took. It was a stylistic departure into a more radio-friendly hard rock sound, and it proved to be the ultimate double-edged sword. It sold millions, established Metallica as the biggest metal band in the world and the album’s hit single Enter Sandman has become engrained in the subconscious of every rock fan. On the flipside, it angered many of the band’s devoted fans that had been following them since their roots in the Bay Area thrash scene, who bombarded the band with accusations of selling out. It was apparent that Metallica were never going to create another Master of Puppets. Instead they were headed straight into the world of GQ haircuts, Oasis balladry, psychotherapy, and a disastrous but oddly hilarious experiment with nu-metal.